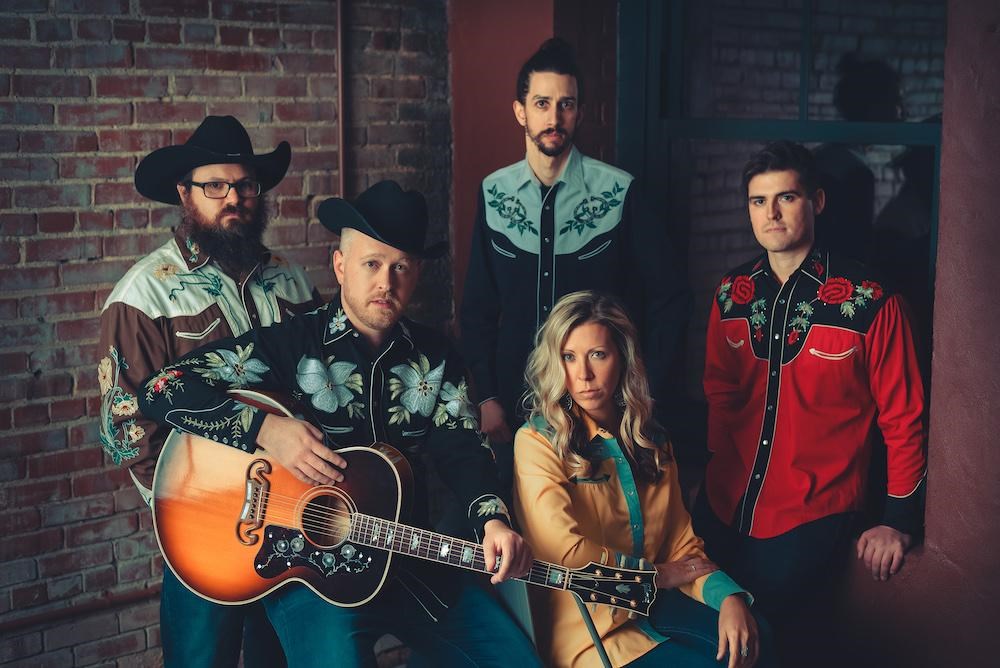 Equal parts vintage Nashville, Texas swing, and Bakersfield bravado, The Shootouts’ sophomore album Bullseye draws heavily from the music on which the band’s members were brought up, packaging all of country music’s classic subgenres in their modern, signature sound. Produced by former BR459 lead singer Chuck Mead, Bullseye shows The Shootouts mining their roots and expanding the territory they explored with their debut album, Quick Draw. The songs invoke a wide array of country music’s most important contributors, lassoing the band’s classic influences and bringing them straight into the present. "Great songs. Great picking. Great singing,” says Mead. “Bullseye gives it all to you. What more can you ask for?"
Fans can purchase or stream Bullseye right now at this link. To find more information on The Shootouts and to purchase all-new Shootouts merchandise—including limited edition, colored vinyl—visit shootoutsmusic.com. On Wednesday, The Shootouts were invited by the Rock & Roll Hall of Fame to participate in a virtual interview and performance to celebrate the release of Bullseye which can be viewed now right here.
With Mead at the helm, The Shootouts—Ryan Humbert (lead vocals, guitar), Emily Bates (backing vocals), Brian Poston (lead guitar), Dylan Gomez (drums), and Ryan McDermott (bass)—laid down songs like “Here Come The Blues,” an upbeat California country tune about the reckoning of loneliness and longing, “Everything I Know,” a galloping “High Plains” anthem told from the perspective of a lovesick fool, and “Saturday Night Town,” another rowdy live show staple beloved by Shootouts fans.
While Bullseye is packed with rollicking barnburners that are just flat-out fun, some of its finest moments come from songs that evoke the heartfelt authenticity that has always been at the core of country music. But overall, The Shootouts’ mission with Bullseye was simply to create an album that puts a smile on listeners’ faces. “For everyone’s sake, this needed to be a fun record,” Humbert said. “We’re living through a time where people are suddenly out of work, have lost loved ones, and have been experiencing unimaginable stress on a daily basis. Even if it’s just for 30 minutes, we want them to take a break, crank it up, and enjoy themselves.”
Bullseye in the news:
The Shootouts made the cover of the Honky Tonk Times.
Rolling Stone said, “The Shootouts mix supple Western swing with brash barroom country to A-plus results.”
American Songwriter commended the band for their unique blend of influences, saying “The Shootouts effectively straddle the line between being a uniquely sounding outfit yet feeling as comfortable as an old friend from the first moment you hear them.”
Ahead of release, the album is already seeing radio success—“Bullseye” is currently #24  on the Americana Album Chart and “Everything I Know” is #30 on the singles chart; multiple tracks from the album are spinning on SiriusXM’s Outlaw Country. The band recently performed for WMOT’s “Finally Friday From Home” which fans can watch via NPR Music.
No Depression praised the album, saying, “If you want something done right, you go to the experts. So if you want some vintage honky-tonk, you go to The Shootouts. While the band’s previous release stuck to more meat-and-potatoes traditional country, they delight in mixing genres on Bullseye. Not only does the album urge us to have fun — important, of course — but it also reminds us that joy is the flip side of struggle.”
The Bluegrass Situation premiered the music video for “Saturday Night Town.”
In a full-album premiere, Cowboys & Indians wrote of the band, “Known for their high-energy blend of honky-tonk, Americana, and traditional country, the Shootouts hit the bullseye with their new record,” before adding, “If you happen to drop in at ‘Rattlesnake Whiskey,’ you’ll swear you just hit play on an Ennio Morricone soundtrack. And who doesn’t need more of that vibe right about now?”
The Boot praised album single “Here Come the Blues” on “upbeat, steady and twangy” despite the protagonist having a terrible, horrible, no-good, very bad day.
Regionally, the band has been the subject of features at Cleveland Magazine, The Canton Repository, and The Plain Dealer, who said, “The 12 songs on Bullseye highlight The Shootout’s intentional resurgence of traditional honky-tonk music, veering away from the more widespread country-pop that has defined the genre. That effort has made the band stand out from the get-go, and continues to make The Shootouts a must-see act in Northeast Ohio.”