Interview with Athenar from Midnight 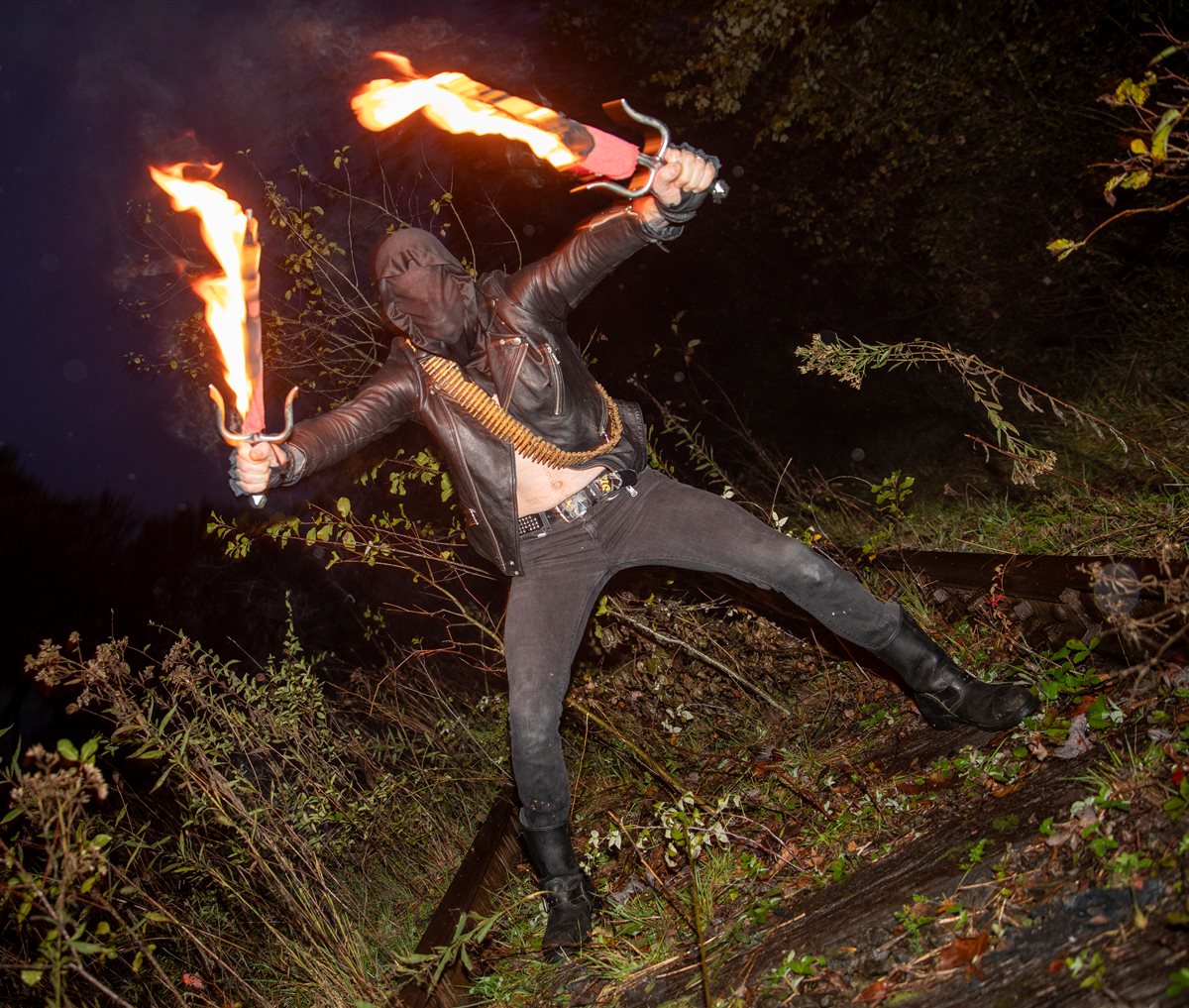 When the chance to interview one-man-metal-band Athenar (AKA Midnight), dropped in our collective laps, we ran straight to the front of the stage. All of his interviews display his dark sense of humor and his unapologetic love for all things metal and IMG's is no different. I recruited my fellow metal stalwarts over at Heavy Metal Buddies to brainstorm the most important questioning Athenar has ever experienced and the Cleveland rock genius handled our entreaties with the most evil of graciousness.

S: I'm going to get right into it - I don't know a whole lot about the new album, I pre-ordered it, but what can you tell us about Let There Be Witchery?
A: Well, people who already know the band should know what to expect, it's not a jazz album (laughs). I think it's really good - I think it's the type that kinda blows your head back in a way...

S: I listened to the lead track "Szex Witchery", seems like standard, awesome Midnight.
A: Yeah, no wild left turns (laughs). For lack of a better term, the songs are "mo betta".

S: Well, was there anything about recording that was different this time, did you have "guest stars" or anything?
A: Well, I'm the ONLY star, so... (both laugh) But it's just me. It's recorded at the same spot with Noah [Buchanan at Mercenary Studios]. The last album was my first one with him and was a little bit of... [sexy voice] getting to know each other. Now, he knew what I was looking for. Like "I want this sound" and "Ok, yeah" moreso now.

S: So my mic I use for interviews was MIA last night...
A: Oh, so this call will be monitored?

S: (laughs) Yes, with your permission after I bought another one this morning. So no recording woes on the new album?
A: No, the only woes would be my performances but what are you gonna do? That's what happens when you deal with people like myself.

S: (laughs) Awesome. You know, I watched a lot of YouTube interviews with you to get a feel for talking with you and man, I love all the videos where you are going through your record collection with people. I'm a record collector, too, and people accuse me of being terrible, but you've got me beat, big-time. So you use Discogs, right?
A: Oh yeah, yeah. You can't be a record collector and NOT use Discogs. As much as I'm still from the standpoint of digging in record stores and digging in garage sales and stuff, there's still nuggets out there. It's just dig a little harder, dig a little deeper. But Discogs is good and on the other hand bad. It's got a set price so it's not like Ebay with a bid with a jacked up price. Set price is a good thing, the bad thing is sometimes, some moron on Discogs (both laugh) is like...

S: "I'll pay $300 for this!" (both laugh)
A: "No wait, that's an isolated incident" and now it isn't... and then record stores are just looking it up on Discogs now... so what's the point of going to a record store anymore?

S: But selling on Discogs is cool for the surprise customers, Joel Grind bought a Leatherwolf LP from me and I lost my mind. And I'm still trying to comprehend a guy from Snapcase buying a Sigue Sigue Sputnik LP from me...
A: Right, I've had friends that have sold a couple of records to Henry Rollins. We're all a dork family.

S: Yes, our meeting place. So... I have a bunch of buddies online and I got with them this week and told them about this interview and said send me your questions and they did, both ridiculous and sublime? (both laugh)
A: Right, I'm up for that! (laughs)

S: More on the serious level, people were wondering if you were going to do a tour with similar level compatriots like maybe Wraith or Enforced?
A: That will be coming out after the summer. I can't say the name of the band. One of the greatest heavy metal bands of all time, in my opinion. Looking forward to it.

S: OK... Super Bowl predictions?
A: ...I would like to see the "Bungles" win it, even though I don't like the the Bengals.

S: Yeah, after 15 years of picking against the spread, you notice subtle things. The refs are all Vegas stooges, I'm sure. So next question, what was it like playing the crazy big stage at Pyscho Las Vegas after so many club gigs?
A: Oh, it was crazy. We got there, they said we were playing the main stage, we were like "cool", and then here is the ARENA. I won't say we were unprepared, but once you start playing, it's all in the air anyways. It was a good time, to say the least.

S: Back to the mundane - my buddy Chuck wants to know where the best place for a sandwich is in Cleveland?
A: I can tell you right away. It's in certain areas. There's a combination of Polish sausage, deep fried, cole slaw, rib sauce with fries. Nasty, take a shower after eating it.

S:My follow-up is: what is Cincinatti chili?
A: It's chili on top of spaghetti, pretty dumb if you ask me.

S:Agreed and I don't understand it. Another buddy asks what do you consider the most underrated Venom album?
A: You know, the underrated ones are probably not good. But Cast a Stone is maybe underlooked?

S: Last Buddies question - we are wondering when you and Joel Grind and James from Hellripper are going to do a three-way split where you take turns playing instruments?
A: (laughs) Joel has been my buddy for years. We always talk about doing stupid shit - we talk about making Monsters Cereal records - dedicated to each monster.

S: Boo Berry all the way.
A: And the underrated Fruit Brute, which is kinda an oxymoron, when you think about it... but your idea - it's not a bad idea! If we can get together, we can do it.

S: Well, that's about it, I appreciate you taking this time for us!
A: Thanks again for the call! Get back with me any time!


Let There Be Witchery can be pre-ordered digitally here: https://midnight-ohio.bandcamp.com/album/let-there-be-witchery

Midnight can be experienced live in full 3-D glory at the following tour dates: