Hatebreed Releases New Album Weight of the False Self 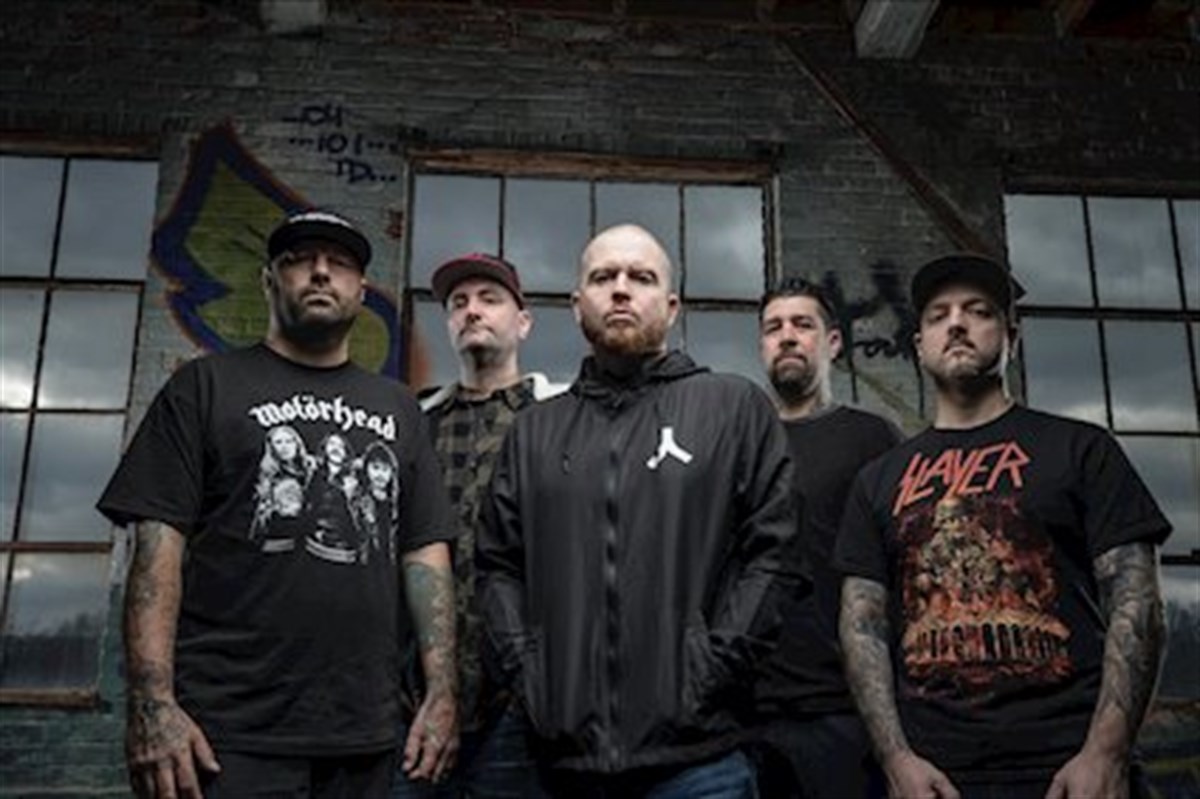 With unflinching tenacity, the impenetrable heavy metal hardcore factory that is  HATEBREED  has brought forth yet another iron cast, sonic weapon with  Weight Of The False Self.  It comes as no surprise that their eighth, full length album is the result of the usual sweat and blood that have cemented  HATEBREED ’s unique niche in the world of music for over two decades. Renowned for their ability to provide an intense and cathartic release for their fans,  HATEBREED  challenged their writing style through this album cycle in order to produce material that is exceptionally relatable in a contemporary world flooded with overstimulation, emotional dampening, and lack of social patience. “ Weight Of The False Self’ is a perfect representation of HATEBREED in 2020, a fresh onslaught of soon to be classics with all the elements that led you here since day one, ” explains guitarist  Frank Novinec. A metaphorical weight is carried by almost every individual in regards to their emotional construct. Our experiences shape who we become and over time, gradually produce a heavy burden that we continue to lug along. For many of us, the weight becomes so much that we struggle to get out from underneath, let alone move. It is these struggles that are translated throughout  Weight Of The False Self .  “ Seen or unseen, everyone is carrying a burden. The music we love helps us bear the weight ” proclaims vocalist  Jamey Jasta . Tracks like “ Cling To Life ” supply a play on words that usually mean to desperately cling to those last breaths, but here, these words display that in the wake of true loss and mourning, to cling to the idea of happiness and future can bring sincere relief. On the other end of the philosophical spectrum, the first single “ Instinctive (Slaughterlust) ” not only presents a fresh vocabulary word, but screams about the power that comes from our defense mechanisms when backed into a corner. When someone is being pursued by their past, another person, or just defending their own territory, it’s only a matter of time and distance before they can explode into a savage, primal beast. “ It should be illegal to make a song this heavy, ” describes bassist  Chris Beattie . The song “ Wings Of The Vulture '' is a metaphor for all the negative forces of nature, fate, and humanity that hope to prey upon us during some of our weakest moments; waiting for the death of something meaningful. “ A Stroke Of Red ,” contrary to what it may seem at first, touches on the concept of having the choice to harm yourself or others. “ It’s an eye for an eye, but that leaves everyone blind. Once you go down that dark, violent path, there is no turning back. This song is a dark canvas; leaving my body to exact terrible things on a different plane, and coming back to myself in order to learn from it so that you don’t ever give in to that dark, carnal desire ,” explains  Jasta .   Album artwork by renowned heavy metal artist  Eliran Kantor  depicts a man chiseling away at the massive sculpture of a stone bust. In Kantor’s classic painting style, cracking through the clay of turmoil and sadness, a light is beginning to shine through the rock as the sculptor turns his face from the blinding beams of healing. The image visually combines the album’s themes of emotional struggle and managing to overcome pain after layers of depression, anxiety, betrayal, and heartbreak have hardened atop a person’s soul.  Over the course of over 20 years and 8 albums, the writing process for a band like  HATEBREED  has stayed safe in its roots, but still reached out and grabbed for crisp and compelling pieces of progressive sound to add to the mix. There are waves of fresh sounds while the massive foundation that houses  HATEBREED  remains strongly held in place. “ On this album I really pushed myself; made myself rewrite things until they were better, until it clicked. I pulled myself out of that comfort zone. In the age of legacy bands having to play so many hits from their catalogue at shows, we love to hear fans request new songs when we’re playing live,”  explains  Jasta ,  “we’ve really played into our strengths with this one .” “ There’s no shortage of beefy-riffs and adrenaline-fueled-drums on this record. I’m proud to say that we will consistently provide a soundtrack to which you can mosh in your living room and destroy your apartment, ” details drummer  Matt Byrne .  Recording the album once more with the help of  ZEUSS , the band experienced a sense of challenge and breakthrough that enabled them to obtain a new level of sound. After working with the band for several years, and while normally spending his time with bands that have a fairly different sound, Zeuss is able to test  HATEBREED  and expand their already infamous vibration. “ It was really great working with Zeuss again on this one. Love the way the guitars sound ,” comments guitarist  Wayne Lozinak . As time goes on, the quality of production technology only seems to get better and better, creating a safe and productive nest in which albums can evolve and end up with a much cleaner sound;  Weight Of The False Self  brings early 2000’s era  HATEBREED  into the new decade.  The album has just been released on November 27th, 2020 via  Nuclear Blast Records ,  Weight Of The False Self  will likely be noted as one of  HATEBREED ’s strongest, and most memorable albums.