Brandy and the Butcher - Dick Circus 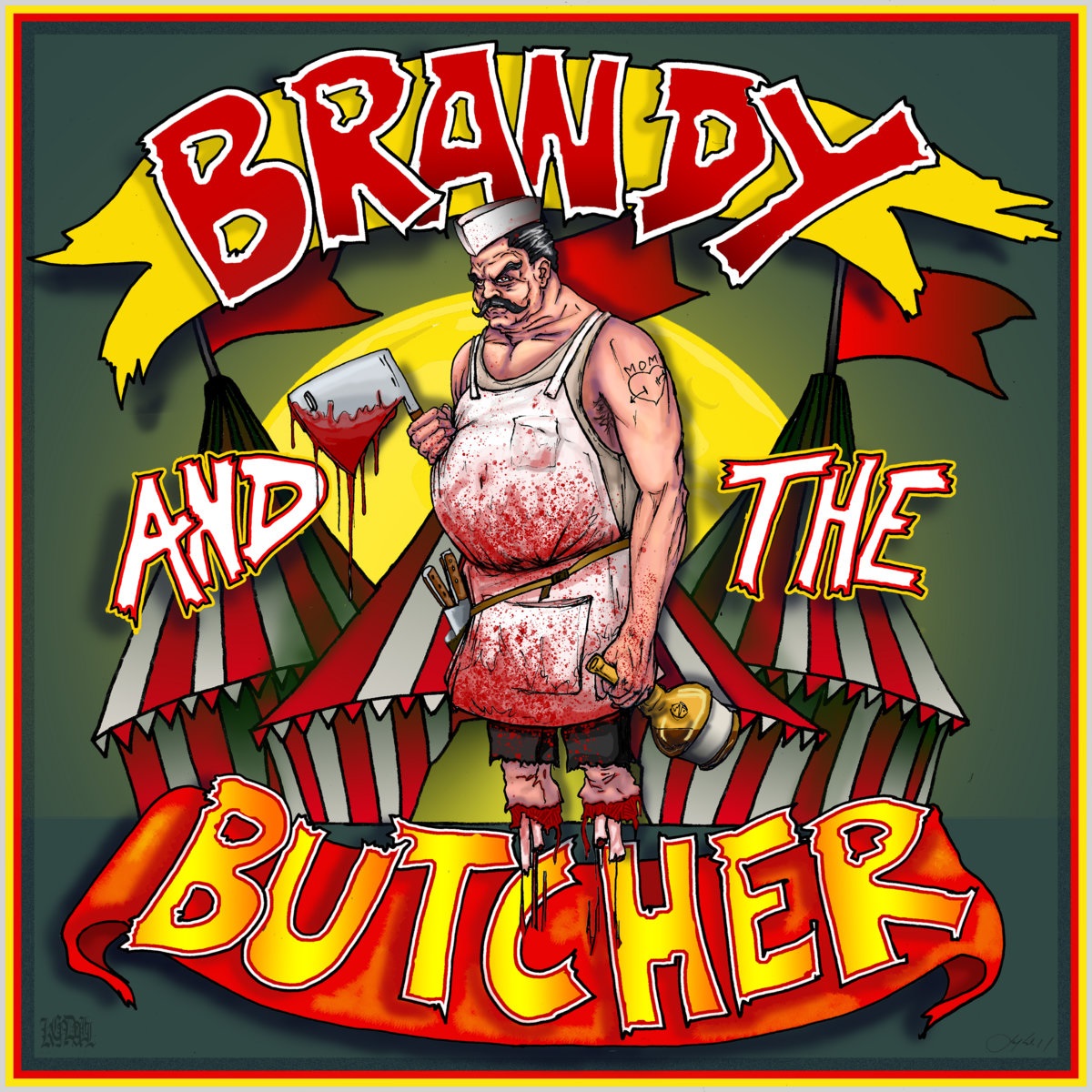 When those first cowbell hits merge with raging power chords at the beginning of Brandy and the Butcher's debut album, Dick Circus, a listener could be forgiven for thinking they had been transported back in the golden age of  '70s muscle-guitars. It's when singer Elizabeth Hale drops in and the transmission changes focus with her punky and oft sardonic tone, you are kick-started forward into the days of Dale Bozzio-inspired new wave or even early-era Alison Mosshart hardcore. As a band of self-proclaimed "lifers", the Columbia, SC quartet wastes no time in dispelling any rumors that musicians who have been doing this for decades don't have the fire to match their younger contemporaries. A big part of this is guitarist Jay Matheson, who has kept his game polished recording other artists for decades at legendary recording studio The Jam Room. His Eddie Spaghetti-jumping-in-the-MC5's-hot-tub style of power riffing can take us all back to a time when we were younger and a loud as hell Gibson guitar was all it took to get the police visiting your neighborhood; it's that good old in your face kind of music, meant to draw the lines between those who hate on rock or guitar music and those who live and breathe it.

"Ballerina" is the aforementioned opener and like most of the tunes here, the band uses repetitive ear-worms to drive their point home while getting entrenched in your memory, as well. Alongside bassist Roger Shattuck and drummer Kevin Brewer, Hale makes her case as the front woman, describing the song: "It's a dance song to me. It's about being a woman and taking control of your life." Throughout the ten songs on Dick Circus, she manages to ride the wave of blunt-force rock like a surfer, using it to propel her vocals into something familiar, but not like anything we've had as listeners before. Kind of like if Exene fronted the Supersuckers but with more nuance vocally and more destruction left in its wake, musically. Dirty riffs galore, even some tasty solos (the one in "Pool Party" had me swearing I was at a Sheer Mag show), great gang vocals and catchy choruses... they all show up through the album and even when the simple power tries to be derivative, its laser focus pulls it back from the edge. Shattuck's bass pounds over the title track banger. "Makin' the Scene" is sleazy. bluesy swagger that AC/DC or Thin Lizzy would be proud of and "Monkey the Cat" has groove to spare even as it ceaselessly goes hard.

The title of the album is a clever reference to an insult hurled at Hale by a stalker who had issues with her being in a band full of dudes and they turn the dig around masterfully. Hale complements and feeds off the testosterone simultaneously. Ultimately, her commanding presence annoints her the ringleader. You can go see what's under the big top over at Bandcamp and even get your hands on some awesome vinyl made at Kindercore in Athens here.