Interview with Patrick Clos from Cocktails 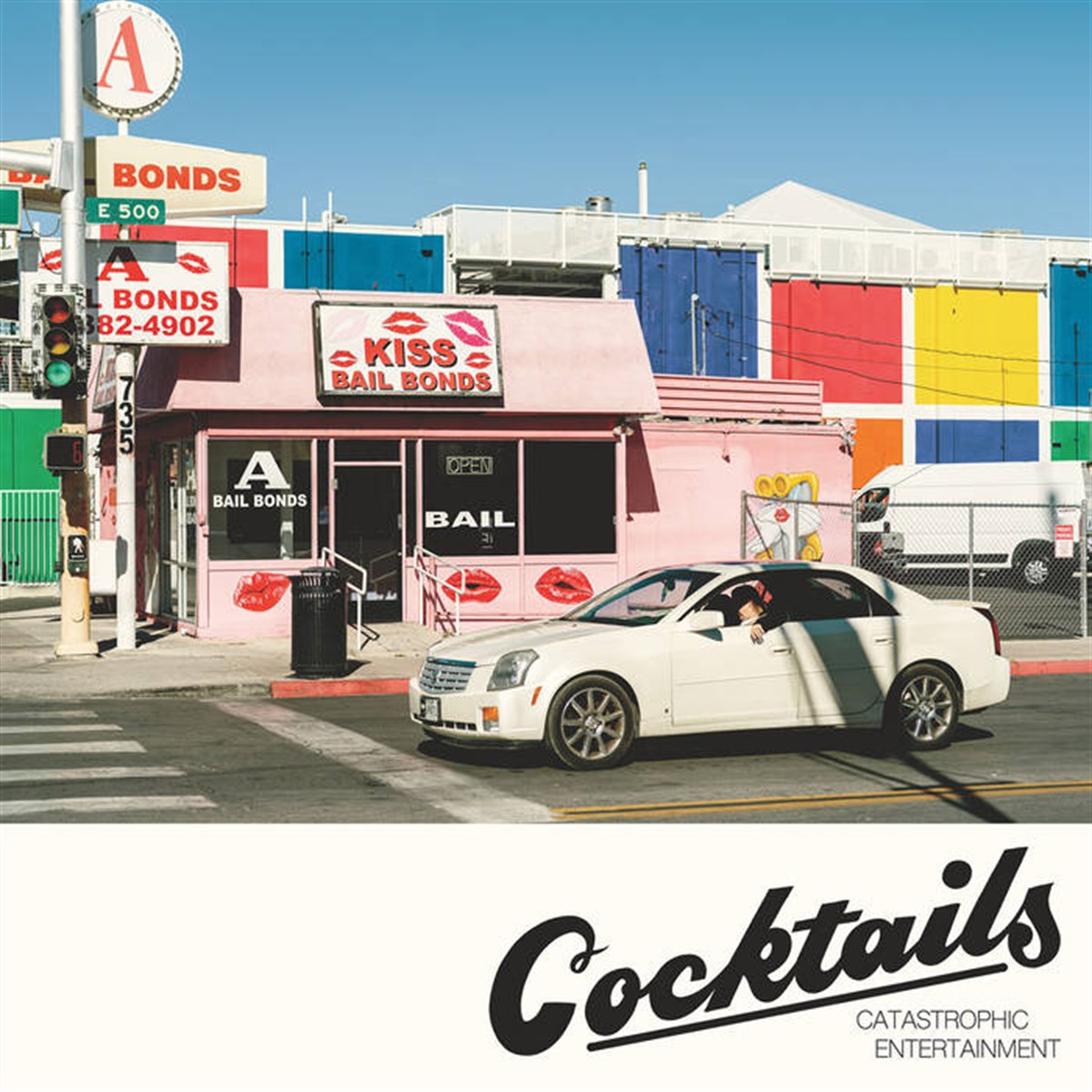 San Francisco indie pop band, Cocktails, has released a new album 'Catastrophic Entertainment', which initially feels like a head rush of good vibes and summer lovin' on a beach somewhere. The band is made up of members Patrick Clos (songwriting and lead vocals), Joel Cusomano (lead guitar), Lauren Matsui (synthesizer and vocals), Rob Goodson (bass), and Phil Lantz (drums). Taking their experiences from other bands and combining sounds to come up with a full length album that doesn't quite fit into pop-rock or punk, Cocktails delivers a solid delivery of fun lyrics as well as heavy subject matters in 11 powerful song mashup.

We were able to talk with Patrick Clos about the inspirations and drive behind 'Catastrophic Entertainment'. Findi out what he had to say about marriage, losing love for your home town, how the album was developed, and much more below.

IMG: Let’s talk about your new album! It’s one of my favorites that I have run across in the past few months. I really am impressed. The positivity that is coming out of this is so needed right now. I’d love to hear more about what were you thinking when you wrote this?

Pat: A lot of these songs came about a couple  of years ago. It took us a really long time to get into the studio. It took us a long time to piece it together. We had a bunch of ideas. I think when we started the record, we had it half way written. We kind of, I mean, all of us are pretty much working full time jobs. We kind of had to get together over a handful of different weekends over the course of a year. When we could get everyone in the same room, we would record. We were writing a lot of the songs. We had just gotten back from tour over Europe. When I wrote that first song, Bun E. Carlos, that was kind of being high from being on tour, having fun, and taking a break from our daily routines.

Some of it was like, Lauren (who sings back-up vocals and plays synthesizer) and Phil (who plays drums), they are together. They were getting married during the course of this, and I got married as well before them. So, there some of  that kind of vibe on the record, like the track Never Be Alone and stuff like that. There were a lot of different ideas in that final product we put out.

IMG: That is really cool to hear about you guys all getting married at the same time. That’s not something we knew about. Now, what was behind the song Love Is Gone then?

Pat: So, Love Is Gone is kind of like a falling out of love with the city kind of vibe. You know, San Francisco is so different than the way it used to be. Like the age old trope, I guess. I feel like that idea that came about while being bummed about not being able to recognize anybody. Sort of the new tech vibe of the city, and everything is kind of new. The idea for the song is like, “this is the new city”. It’s not compatible to what we are used to.

IMG: Give us some perspective from those of us, maybe from New York or Columbia where we are from, to understand how San Francisco has changed. For those of us who are unfamiliar.

Pat: Well, it’s constantly changing. I feel like it is the tech thing, which has always been a part of the Bay area. There was a huge influx of tech workers that came in and got high paying gigs that forced a lot of artists and lower waged workers out of  the city. It just makes it really hard to stay here.

IMG: I think we can all relate to that.

Pat: Yeah, it’s always been crazy expensive here. Like, the bubble just gets bigger and bigger. That translates to higher rent. It just goes on and on. So that song, it was just a take on that. For me, it’s a love/hate relationship I have with the city. There is nowhere else I’d like to be, but the idea about the song is kind of like being down on “the city” at the time.

IMG: Tell me please about the song Buried Alive. I keep finding myself listening to it.

Pat: That’s one of my favorites from the record, because it’s so different. Compared to the kind of stuff that we try to write and record. It was an experiment where we had recorded half the album in the studio. Then, we made our own studio in our practice space for the other half. Then, we mixed the songs together. Buried Alive is one of the first songs we did on our own. We just got into the idea that we can really take our time and mess around and get weird (for us). The song is about the Pile On culture and the internet. It seems like people just get off on piling up on people.

When there is a negative thing, or someone gets put on blast, it seems like people get some sort of sick pleasure from piling on - the “Shame Culture” I guess? The trolling culture is kind of nasty and hateful. People love to see people fail at life, and then bury them.

IMG: I wonder why people have the tendency to do that?

Pat: I don’t know. In some cases, it’s warranted. Maybe? Sometimes, it seems like it’s being tarred and feathered. That vibe just seems so prominent online.

IMG: I heard you talk about that you started off in the studio and then veered off into doing your own studio work. What studio did you work with, and why did you decide to go the other way? Was it because of the Covid-19 virus, was it something you wanted to do on your own anyway?

Pat: Well, we wanted to mix it up a little bit from the start. One of the studios we checked out was Santos Studio in Oakland. It’s in a really cool space. I think it’s a former auto body garage, and they put in a really great mixing board and all this great gear. We met with the engineer there that we really liked. So, we did a number of weekends there. We recorded maybe 7 of the 11 tracks there. The thing about recording at the studio is that it costs money, which is something we didn’t really have to spend on this record. It’s a pretty low budget affair over all. Some of us in the band are pretty proficient at recording and stuff like that. We can get pretty good results recording at our practice studio. Phil, who played drums on this record, helped do a lot of the engineering. He has access to a lot of good studio gear too, which was great for helping to mix the record. Because it was so hard to get all of us together in the same room, we were able to really take our time and finish the record after getting the initial 7 songs done in studio.

We had been rehearsing the tracks a little bit since last year. The process is I’d send a recording demo, and then we would get into the practice space and play it live a few times. Once we got comfortable, we’d just start pressing record and building it up from there.

IMG: This is such a great album, and it’s interesting to hear the depth of what is going on behind the surface “happiness” that exudes from the album. You really have a lot going on in the songs.

Pat: Yeah, most of the time it’s fun lyrics, but other times it’s coming from some kind of deep societal ideation.

IMG: Where should we plan to see you when this thing is over? We understand California is kind of on hold right now with no shows.

Pat: We are on hold right now. Where it stands with our band is, like, we have the recording lined up for this. The shows and tour were lined up. Me, and our lead guitarist Joel, who co-wrote some of the songs, have been looking to see what gigs we can get. We were supposed to go to Europe in August. Actually, the album was supposed to come out in Germany on a label called Alien Snatch Records. We were supposed to go support this record over there on a 2-3 week tour. We had to cancel the tour though.

We are hoping by the end of the year to start touring again.

IMG: If you ever get to the east coast, let us know!

Pat: We sure will! We’d love to get out there!