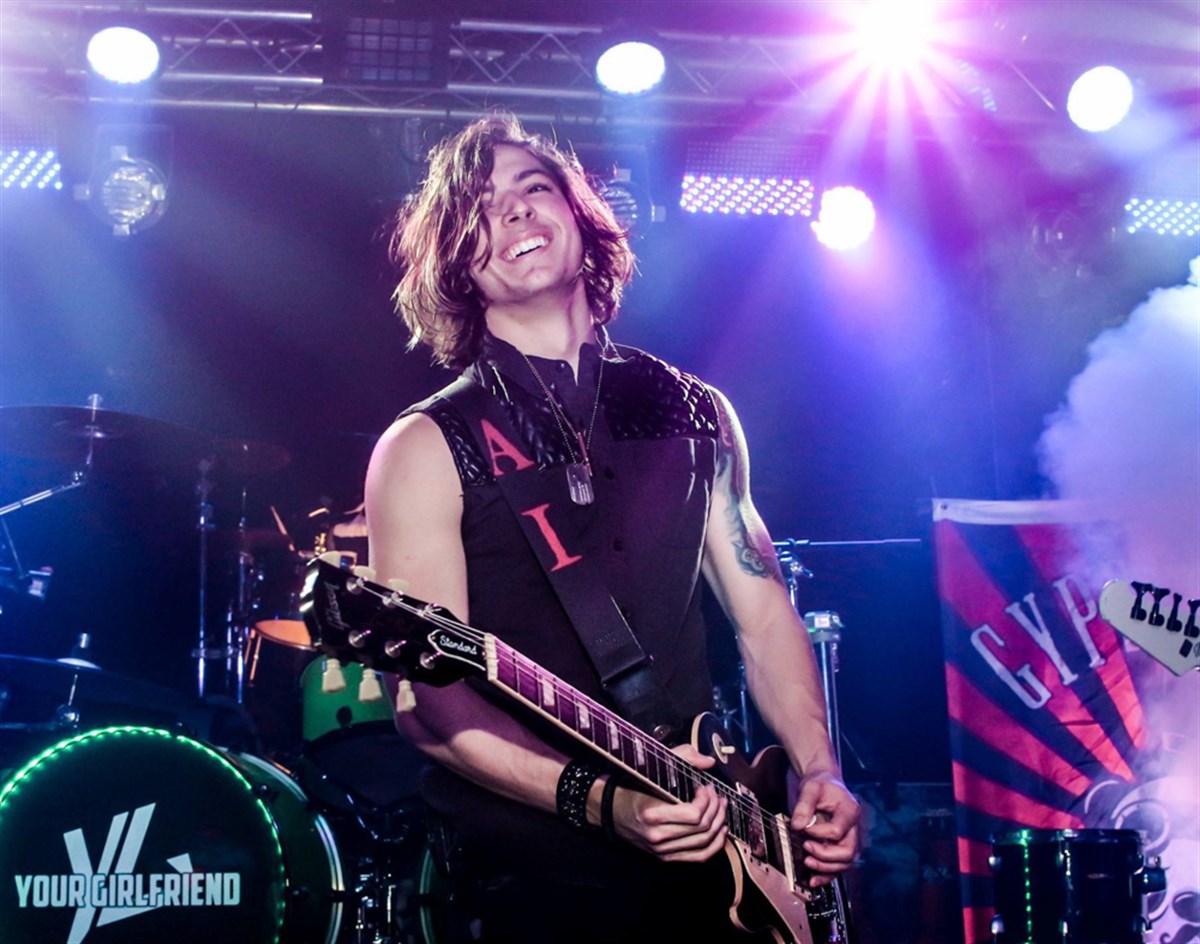 Austin Ingerman, lead guitarist for the popular band New Year’s Day, has released his first single, Everything Is Ok, as a solo artist. Ingerman worked on the track with Chris Collier (mixer/masterer) while taking a break from touring with the band. The result is a catchy groove that touches on current problems we face during the pandemic. Although the song was written a few years ago, the timing of the release has made the song even more relevant to listeners today.

We had a chance to talk to Ingerman about his experience with New Year’s Day, how taking a break from touring has allowed him to spend time on solo projects, and trends in the industry during the pandemic.


IMG: So, tell us all about you. We have been listening to the song all morning. It’s really great.

Austin: Thank you! Yeah, so I play lead guitar in the band New Year’s Day out of Anaheim, California. We recently got back from Europe, I guess it was in March. We toured with Halestorm, Godsmack, Falling in Reverse, and a bunch of other bands like that. Normally, I am out on the road with them. Obviously, with everything going on with the quarantine, it’s given me a lot more time to do some stuff that I wouldn’t have time to do out on the road. So, I have gotten to work on my solo stuff a lot more. Everything Is Ok is actually a track I wrote with some friends a few years ago. I was just sitting and listening to the demo one night, and decided we needed to send it off to get mixed and mastered. It was the perfect time to get the song out there. We have had the song for a little while. I met Chris Collier out in LA when I went to school at Musicians Institute out in Hollywood. He works with all kinds of artists like Coverdale with White Snake, George Lynch with Lynch Mob, and KSM. He’s an amazing mixer. The beauty of technology now is that I sent him the file online. He lives in Vegas now, and he got the song ready for us out there.  IMG: Cool. Did you find that easy to do, and do you see a big future in working virtually that way? I have seen more and more bands doing this. Austin: Absolutely. You know, all you really need is some sort of knowledge, whether it’s Logic or Pro Tools. I use Pro Tools. If you have a laptop, you can do most anything from a home recording setup. As long as you have a basic understanding of how to record, technology has gotten so good with the software. I recorded my guitar straight into my MacBook Pro. Chris put the tone on there. We don’t live the days any more where you have to drive to some studio and mic up a bunch of guitar cabs. You just don’t have to do that any more.  IMG: How has the current situation with the pandemic affected you? Austin: Well, I know with New Year’s Day, we are trying to figure out when we can tour again, like many bands are. Hopefully, next year we can get back at it. It’s one of those weird things that obviously the situation at hand is not ideal. It really is how you look at it. Like I was telling you earlier, there are a lot of things you can’t do on the road. So, it allows you to do and gives you more time to work on other things.  We have been doing fundraisers for our crew, and selling shirts here and there—trying to do different things. Everyone is doing live streams now and trying to adjust to what we can do to keep it alive during these times. I’m in Pensacola, Florida, and we have a lot of cover bands down here. So there is at least opportunity to play in bars and keep the money coming in. It’s definitely been challenging times. I think it’s a matter of dealing with the times and adjusting to it.  You don’t realize how much that it’s something you’re just used to doing. When it gets taken away from you, you know everyone is just itching to get back to it. Even the fans are itching to go out and see shows again. I think it’ll be better than it was before when it picks back up again.  IMG: Things will probably look a little different for a while for you guys as a band looking out at the crowds too. Many people may be masked up, and I wonder if they’ll ever jump back into the crowd-surfing and moshing again. Austin: Yeah, that’s definitely something to think about. Are there going to be the big festivals again, and are people going to be jam packed together? You know, those parts of live shows, that’s what makes them so special! If that can’t return again at some point, it’s going to be strange for sure. I wonder if it’s ever going to go back to normal? I’m hoping we can get back to where we are not so worried about this. You know, in the world, there is always something going on. It’s always diseases, this or that, and it’s like: when you’re going to concerts, this is the time to forget what is going on in the world and have a good time. I’m hoping that people won’t have to wear masks and look all apocalyptic, like the world is coming to an end. I’d love to see it come back to some kind of normalcy.  IMG: We definitely agree with that! Thank you so much for talking with us. We will be waiting to see what you do in the future.

Austin: Yeah, thanks for having me. I’ll be putting out a solo instrumental album (for all your guitar shredding friends.) It’s going to be a lot of fun. Stay tuned, and check out my Instagram @AustinIngerman and my website AustinIngerman.com. I’ll be releasing stuff over the next few months.