Interview with the Heavy Eyes 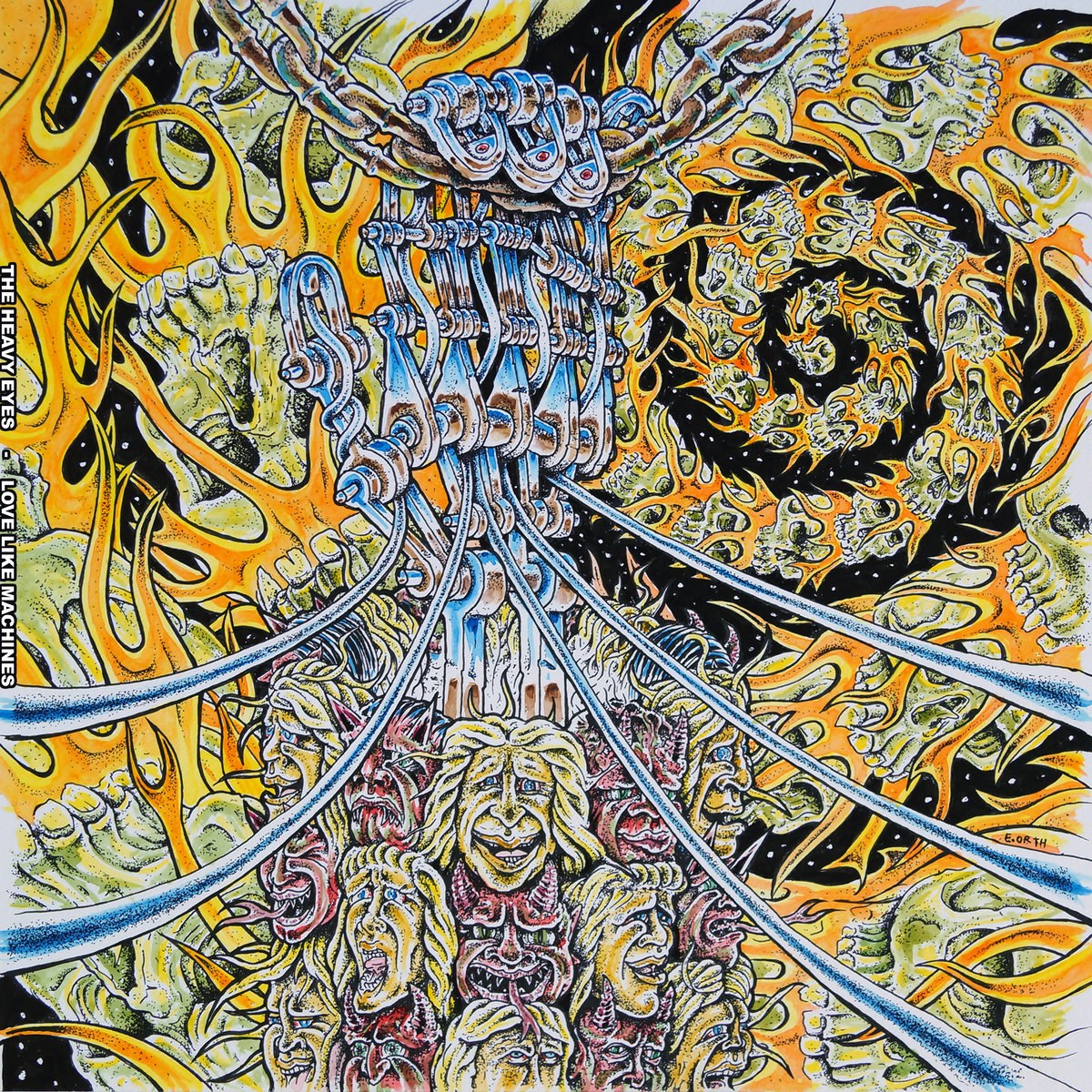 I first discovered the Heavy Eyes during a night of blog-surfing around 7 or 8 years ago, and since then the Memphis stoner rock band has become one my favorites. With their new release, Love Like Machines, the group has transitioned to a more mature sound without losing any of their earlier raw power. I was lucky enough to video chat with singer/ guitarist Tripp Shumake and drummer Eric Garcia about the new record, the new sound and living in a brave new world.


S:You moved from a power trio set-up just a few years ago, to two guitars, but I guess yall were doing that in the studio before?

T: We were kinda cheating like ZZ Top, Led Zeppelin, all those dudes did. Live, the power trio stuff works really well, but when you're recording, it's something about two guitars being phased left and right, always just sounds way heavier. Here, Memphis has such a huge heavy music scene, we were seeeing lots of bands that had two guitars live, and we'd always kind of thought about the idea. And Matt (Qualls, new guitarist), being an engineer that recorded all our albums, he even submitted a song he wrote for us on "He Dreams of Lions", the song "Little Finger". It was just a natural progression since he was already giving us songs so we were like "Do you want to play these songs with us?", and he was like "Yeah, let's do it!".

S:I like the pure power you had on your earlier records, it was very Zeppelinesque, even with just three instruments and overdubs. You started out with the primal Zeppelin thing and moved on to more of a Queens of the Stone Age, layered, psychedelic hard rock/ stoner rock vibe.

T: Hell yeah! Very complimentary! Straight up, I remember one of my earliest converstations with Eric, we were on Beale Street and we were drinking at one of those places that sells fish bowls full of colored liquor, and I was trying to woo him into being in a band with me. And I was like "Man, I wanna sound just like Led Zeppelin!" and Eric was like "I don't wanna sound JUST like Led Zeppelin" and I said "No, I didn't mean THAT". (*both laugh*) I think we all go through that phase in our lives. The Stones were more subtle but Zeppelin turned it all up to 10.

S: So you were supposed to play Psycho Las Vegas last year but cancelled?

T: I had medical issues, we weren't sure what it meant for anything, much less our ability to travel and play music. We told them it was not a good idea to put us on the bill if we cancelled.

E: We were supposed to play Stoned & Dusted in California in two weeks, such a freaking lineup, in the desert, too... it sucks this year, everything getting cancelled.

S: So how are yall dealing with quarantine life?

E: Fortunately we still all have jobs, and income, I've been working from home and I can turn my laptop on and work from home. Everyone else works in warehouse settings, so they are still working, too.

T: We're luckily still working, it's one of the ways we've managed to stay sane. As jealous as I am of the people with free time, it's nice to not have to sweat bills, paying rent, we are blessed to be working. We were supposed to go to Europe in October. We are still booking shows and being optimistic about it, but we are also managing our expectations. We're dying to go over there and play music but the reality of the situation is... that might not be happening. We just kinda take it day by day.

S: So I wanted to talk about history of the band and were you in any bands before this , how you met, all that.

T: Eric is from Tennessee, Me and Wally the bass player are from Mississippi. Wally and I grew up playing together and I was in a bunch of projects growing up but nothing that was taken super seriously. Heavy Eyes was the first time we were like "Ok, we're gonna print actual flyers, we're going to to try to get on bills with established acts, and play actual rock clubs".

S: How old were you when the first album was made?

S: You can hear it on the first couple of albums, it was fresh to you.

T: Full of piss and vinegar! (*laughs*) Which can be exciting. I know people enjoy listening to new acts who don't have their sound figured out just yet and I do personally, I know. I kinda love first albums when bands are throwing hail marys in different directions and seeing what sticks. Nobody's validated you yet. You can put this out and people might think it's garbage. You have all these weird chips on your shoulder and then as you become more secure and confident, it affects your output from then on out.

S: Talk to me about the new one; it's very focused. It's mature but I don't think you sacrificed any of the intensity - it's a rocking album.

T: 100%! A lot of it, too, is just the distance. The first two albums were written more at band practice or rehearsing for a show, so they were performance-based songs. Where the last two albums are different because we're all not in the same room. We're kind of off on our islands, combining ideas. As a songwriter, I find it as an awesome challenge, like the song "Late Night", what were you hitting on, Eric?

E: Yeah, it was a pencil on a countertop and a half-full pint glass. (*laughs*)

T: I was like, "Send me a beat and I will come up with a riff!" and it wound up being this super interesting song that's different from anything we've ever done. If not for the distance, I don't know if we would've ended up with a song like that.

S: A lot of stoner rock bands, no matter how great, tend to sound the same. I don't feel like you guys ever fell into that trap. I hear some nods to Josh (Homme, QotSA) in the riffing on the new one, but mostly it's just yall, just the Heavy Eyes.

T: That's what we strive for. To get good enough at covering our tracks so it only tangentially looks like we are stealing (*both laugh*). I don't want to straight up, as Eric says, be a copypasta of other bands. 'Cause there is a lot of that. And you honestly can't get mad at those people, because it's like "shine on you crazy diamond, keep doing your copypasta thing". But that, honestly, has never been that interesting to us. I don't know if that makes us too "proud" or whatever, but in general we have an interest in paying homage to stuff that we love, without just straight up stealing it. That has to be part of it - putting your own spin on it or pushing it into an area no one has pushed it before.

E: That's a great compliment. I think you want to sound like you put a bunch of influences into a pot, spun it around, made your own sound out of it. I think we all come from different worlds and meet in the middle. In the Venn diagram, we all meet on stoner rock, heavy rock and blues especially. But we all like weird things in different directions. Wally likes the cheesiest '80s music!

T: God. It's insane. The ratio of his manliness to his terrible '80s pop love... (*both laugh*) Still wrapping my head around it.

S: Well, that stuff can come in handy... song structure, all the good points...

S: So what are the bands plans during the current national situation?

E: Historically, we're not a huge touring band. We were always still writing and playing shows, just randomly. We're still planning on touring in Europe til we can't. We had shows lined up to play that are no longer happening. It doesn't feel like a whole lot changed, I'm in Denver, they're in Memphis. Tripp lived in Austin for 3 or 4 years. When Matt lived in Albuquerque, I would shoot down there and jam. We've always been kinda remote like that the past five years anyway, it's not really *that* much different. We're still sharing ideas. We're still talking about what we want to do next. We're continuously trying to get to the next album and "grow" that sound.

T: We're still trying to figure out how to keep people's attention or entertained in this wild time. We're certainly not opposed to doing some Zoom jams or whatever.

S: I listen to around 500 new records every year, for the last 10 years or so. Your new one is firmly in my top 5 for 2020 and keeps getting higher with every listen. You guys took it to the next level.

S: Hopefully, this interview helps get yall out in more public perception. Trying to pay you back for all the great soundtracks, hanging out with a beer, listening to the Heavy Eyes.


You can purchase and stream the new Heavy Eyes album here: LOVE LIKE MACHINES 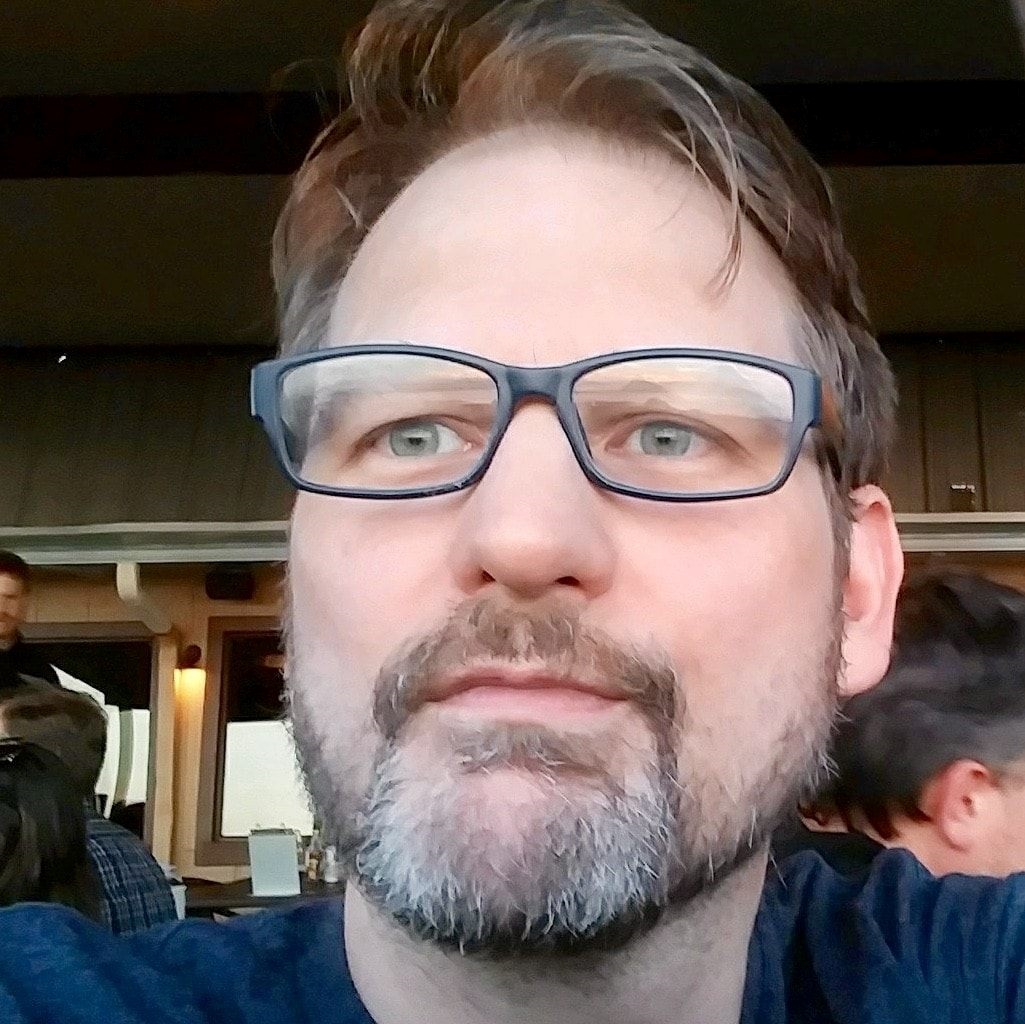