Q & A with Grace Joyner 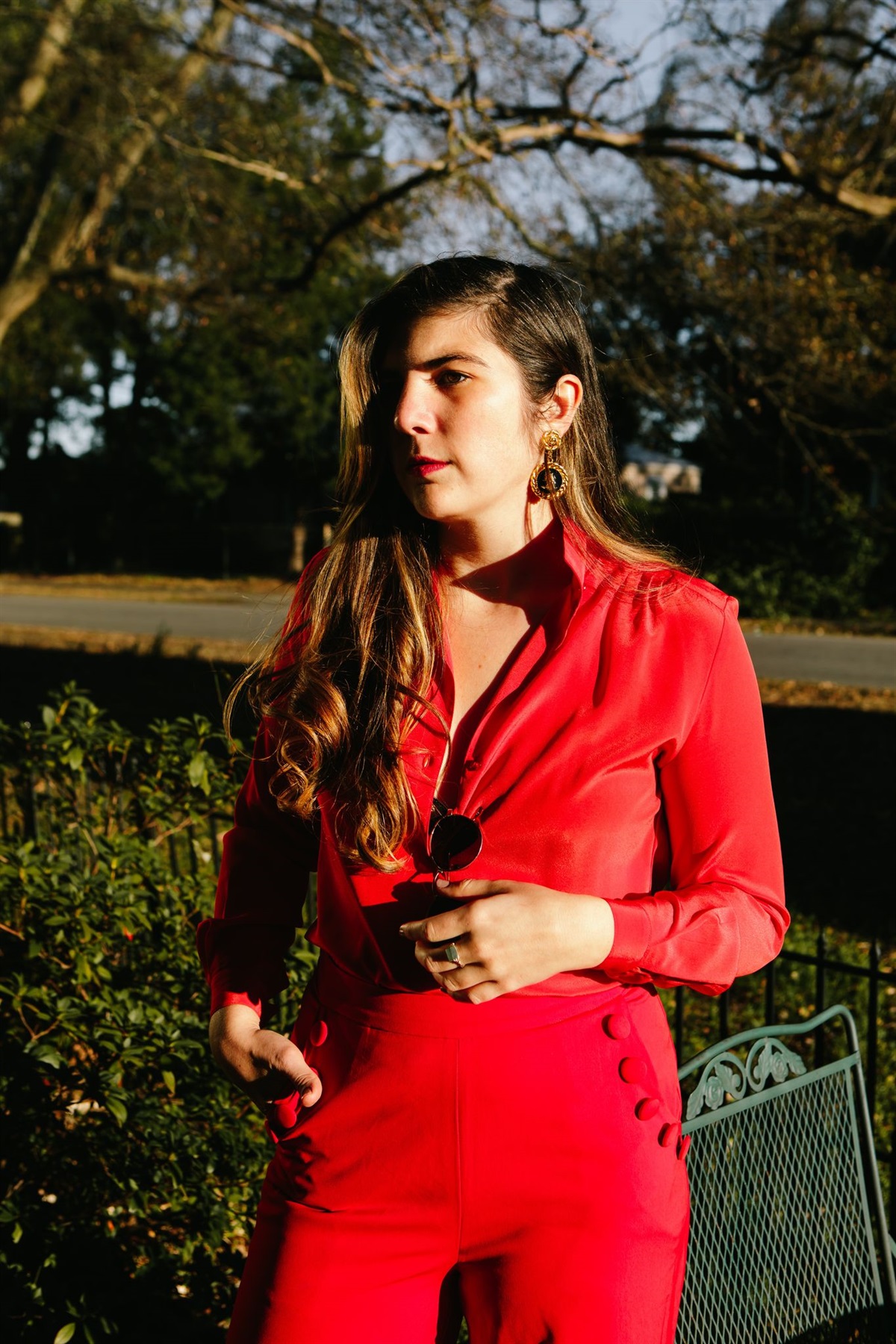 Charleston, SC dream pop singer Grace Joyner is releasing her latest album, Settle In, after an absence of 4 years and it's been well-worth the wait. We have been fans of hers for even longer than that and everyone should check out her latest single, "Hung the Moon", released today. Sean Knight talked to her and she was kind enough to answer a few of our questions about her, her work and living in the age of self-isolation.

SK: Hoping the current pandemic hasn't affected your life too negatively - any details about how your life has changed that you would care to share with us? Is the album title a reference to self-isolating?
GJ: Interestingly enough I chose the title, Settle In, months ago before any of this was happening. It is a reference to a lyric in one of the tracks-but I also thought of it because I wanted listeners to feel at ease when they listen to the record. Kinda nuts it coincides with everything going on now where we are all collectively setting in place. Honestly since the virus has been spreading in the U.S I have been trying to stay on top of my mental health. I struggle in anxiety & panic so this has been a tough time for me as it has been for many people. Trying find joy in little things- I have been biking a lot & watching a lot of movies. My dog, Trixee is really happy to have me home all the time.
SK: We loved all your previous releases (Maybe Sometimes in C was in my year end top ten, out of over 500 records listened to in 2016). Are there plans for a physical release of the new record?
GJ: Thanks so much! Yes we will have CDs, waiting on vinyl for now, but considering it for the future.
SK: You moved around a little bit but are back in Charleston now, right? Is South Carolina going to be your base of operations for a while? Do you have plans to tour once traveling/ gathering restrictions are lifted?
GJ: So I am in Charleston now, but was in Asheville, NC for a bit. I kind of consider both places my home. I have family in Asheville & my partner lives there so I am back & forth between the two cities a lot. I might end up back in NC at some point but for now Charleston is home. I love it here. We will have release shows & a tour once it is safe to do so. Can't wait to share these songs live!
SK: You got a lot of exposure from having a song played on the CW's "Riverdale" - a great way to showcase your work - any more plans for placement on TV or film?
GJ: Ya that was a cool sync for us. It was kinda neat because at the time we didn't have anyone representing our work-they reached out to us. So that was cool. Actually we just signed a deal with Mother West who will be representing us for film & television so hopefully more to come!
SK: I think your lyrics and delivery are my favorite part of any Grace Joyner release and the new album is no different. Your songs seem autobiographical yet retain a keen sense of mystery. Is it safe to say that lyrically, you are opening a journal about yourself to the world?
GJ: Thanks! That means a lot because that is a huge part of why I make music. I would say for the most part that is safe to say! Music is for sure a form of self expression for me. I use it as a way to work through different emotions or experiences I am going through. I am actually a pretty private person & most of my friends will tell you it takes some time for me to open up. In music it is not so-I pretty much just blurt out whatever I am feeling. If anyone can relate to the lyrics or find them meaningful I feel like I have done a good job :)
SK: Musically, you have followed in the same vein as your last release, although I seem to notice the bass a bit more on the new release. Who played on the record or helped in the studio whom you would like to recognize?
GJ: So Khari Lucas of Contour played bass on a couple tracks- as well as a few others Wolfgang Zimmerman(who produced), Joe Chang, Christian Chidester... We recorded this record over about 2 years time so a few days in the studio at a time here & there. We also had Wilson W. Wilson of ET Anderson produce 2 of the tracks.  Wolfgang & I like mixing it up with players so a lot of amazing musicians contributed & I am super grateful. Then of course the amazing Camille Rhoden & Nic Jenkins who have been playing with the band for 6 years are throughout the whole record.

Settle In will be released on April 24th and can be found on all major streaming platforms.