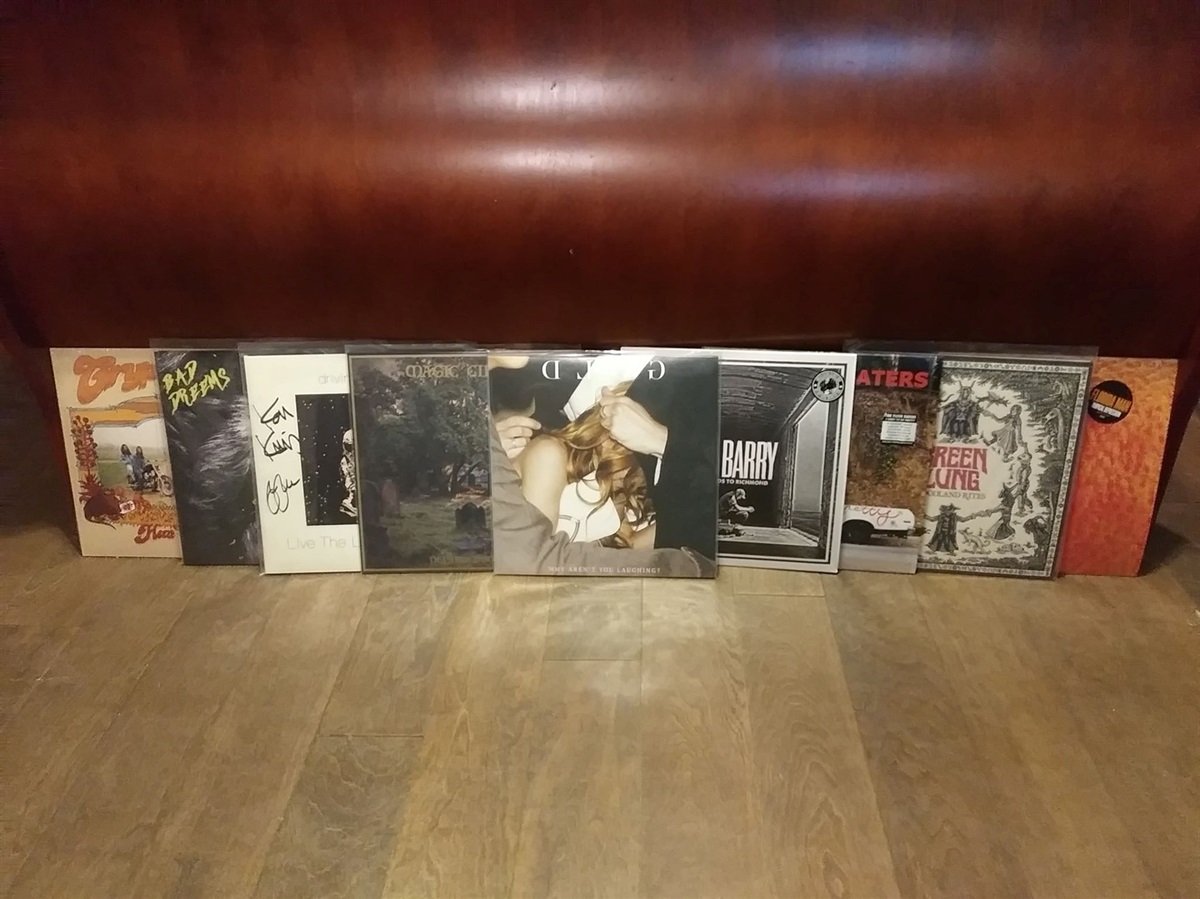 Happy 2020 from IMG! We hope it will become an annual tradition here for writers to talk about their top favorite records at year's end. Johnny K sent in his best metal records of 2019 and I wrote down some thoughts on my favorites (no genre restriction), as well. Hope you enjoy and maybe find something that interests you.

IMG did a wonderful interview with Bad//Dreems guitarist Alex Cameron here and in it, I explain why this great Australian indie band is on track for bigger and greater things. From a new record label to more and more worldwide touring (supporting other great Aussie acts like Midnight Oil and the Chats), the band is poised to make itself known outside of his home country more and more. With a range of styles from new wave, punk, post punk, alt rock and songs that travel from intensity to balladry in a thought, Doomsday Ballet was a whirlwind of freshness for me. I expound on what made this album so great in the interview, so go check it out.

For their third album, the San Marcos, Texas band doubled down on all their nostalgic stoner rock influences and came up with something improbably unique and modern. Not many stoner rock bands employ pedal steel and probably nobody but Crypt Trip uses the typically country instrument to such devastating effect. Like if Baroness did an album of New Riders of the Purple Sage covers, Haze County never ceases to rock or showcase all band members incredible technical talent, while still creating a sound that goes far beyond its relative comparisons. It's not grand-standing, though; the music encapsulates real songs with real hooks, any of which could have been hits either today or back in their '70s-inspired heydays. Fun instrumental romps meld into beautiful and hazy sing-a-longs with a definite '70s hippie ethos defining the whole affair. It's like stepping into a time machine but the clock is still moving forward.

The first DnC LP in ten years and only the second of the 21st century was a walloping rock record. Even though the band continued to release great new material (with Jason Isbell guitarist Sadler Vaden in tow) during the 2010's, this album seems more cohesive and it's full of the stuff that made Drivin n Cryin so good: rocking numbers balanced with poppy psych/ garage throwbacks, all with leadman Kevn Kinney's distinct worldview on display. The addition of former Strugill Simpson axe man Laur Joamets was a brilliant continuation of having amazing lead guitarists in the band to keep all of us guitar nerds enthralled with every note.

The fourth long release from Dutch "post everything" band Gold takes a more strident rock position than 2017's great Optimist and its juxtaposition of extreme metal tropes in guitar playing with a pure pop sound is pretty unique in itself, but the draw is matched by singer Milena Eva's transcendent vocals. Lyrically focused on identity and world issues, as always, her words are meant to uplift listeners dragged down both by damaged relationships and a planet that is trying to eat itself. It doesn't hurt that everything here rocks and will be stuck in your head forever, which is a hard double act for a lot of bands to master.

The album debut of this London doom crew was eagerly anticipated after an amazing EP that dropped in 2018. With a motif of druidic wizardry and British forest menace, the group treads in a place a few bands have already been, but no one own this conceit better than Green Lung. The vocals of Tom Templar are a punch in the gut, old-school metal joy to be heard; the stuff of '70/'80s metal lore, back when singers were singers. If you like Trouble, he will scratch that itch like a upstart version of Eric Wagner himself. The band tromps along with attitude and determination and when the guitar solos break in, it's like a revelation. If your preferred alignment is True Neutral on your D&D character sheet, this is the band for you.

Sixteen years since the last time Queens of the Stone Age frontman Josh Homme put together a studio album under the Desert Sessions name and this one was a helluva surprise. As usual, each songs contains help from various musicians, each throwing their unique spin into what a Homme track should feel like. Where else are you going to hear Billy Gibbons from ZZ Top singing over Homme and Les Claypool and the drummer from Warpaint? That's what i thought. The whole album careens through funky and sometimes incandescent rock, blowing your notions of what a QotSA record could sound like and sounding like nothing else on this planet.

7. The Flesh Eaters - I Used to be Pretty

A great return from the classic '81 lineup of this L.A. supergroup, featuring members of Divine Horsemen, X and the Blasters. It's a shot of punk goodness thrown back with a chaser of garage-inspired rockabilly. Lots of sax, lots of sleeze and its hard to believe these guys (and gal) are all old-school vets, it sounds so inspired and contemporary.

Charleston, SC post hardcore/ punkers Florida Man's first album release was an incredible kick in the ass to the state's scene. With an at times brutal, at other times inspired noise rock sound that fluctuates from Amp Rep hardcore to modern shoegazin', at all times the band is intense and throwing out guitar work on par with any band in the world, it's that good.

The third full player from Boston stoner revivalists Magic Circle continues on the path the band has trod since 2013. Pure Sabbath worship with brilliant guitar work and driven by the Ozzy-like wail of the phenomenal Brendan Radigan. Pure metal from the next generation.

10. Tim Barry - The Roads to Richmond

If former Avail front-man Tim Barry has ever made a bad album, I haven't heard it yet. Continuing in the alt country/ roots rock style of all his previous solo albums, this one is a hard and dark listen at times; it's a document of his breakup last year from his long time wife. Of course there is the obligatory train song (a Woody Guthrie cover), but the devastating autobiographical "Boxwine & Xanax" will hit you in your core.