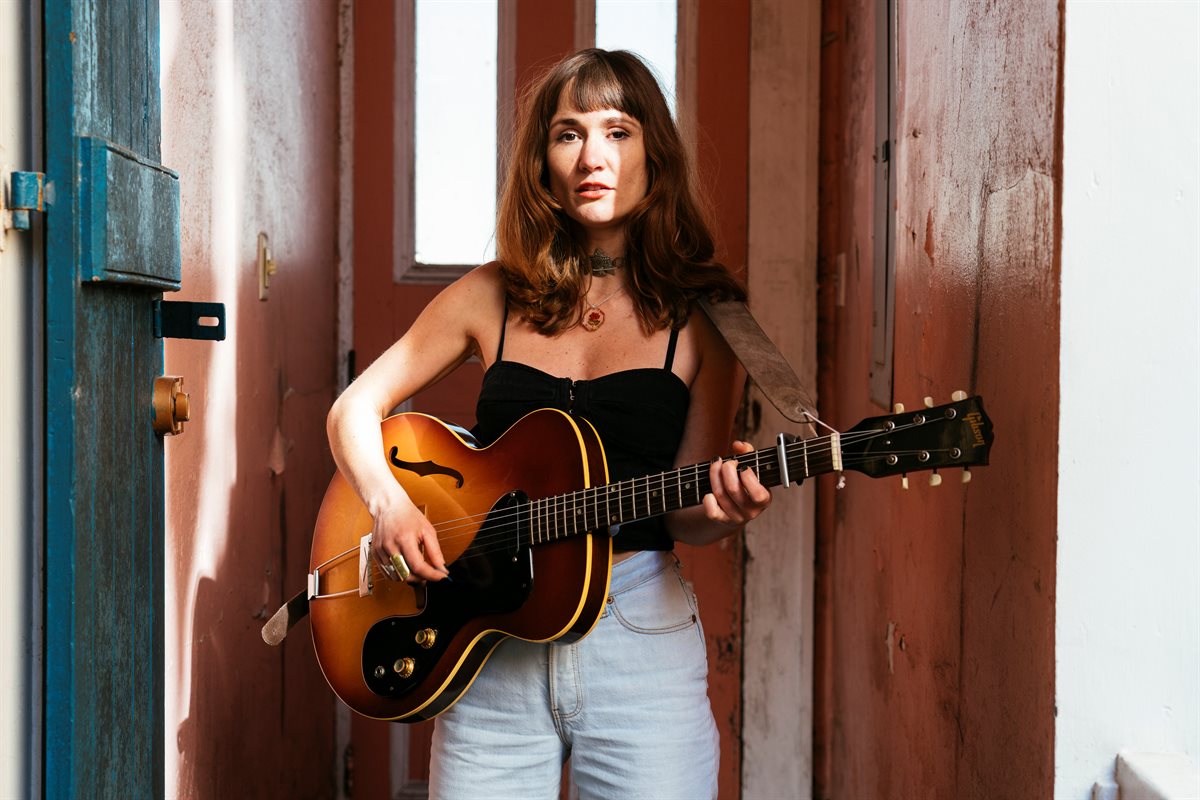 Esther Rose, a New Orleans bombshell, opened for Charley Crockett on Sunday evening at Elevation 27 in Virginia Beach. The pint sized brunette bared her soul with melodies from her new album, You Made It This Far, due out ont on 8/23 with Father/Daugher Records. Artist Jordan Hyde (Hurray for the Riff Raff) joined her on-stage as she called him her "accomplishment." The duo performed had a short set which was accentuated with sweet vocals belying a deep undercurrent of sadness, joy and hope.

Esther Rose rises above typical genres and describes her style as a little bit country, a little bit bluegrass, and incorporates most anything but punk.  James Retting of Stereogum describes her style as "small folk songs with grand implications."  Her upcoming album is based off experiences that many of us can relate to in our own lives. Breakups, a move, family illness - She has endured all of these simultaneously and has created a tracklist of loss, longing, and newfound hope. Track "Always Changing" touches on her life and how thing are in constant motion, while Only Loving You explores new found love.

Single releases from her upcoming album can be found here. Her tour continues with the next stop at The Windjammer on July 17th in the Isle of Palms, SC. More dates are listed below.