Silvertung - But At What Cost??! 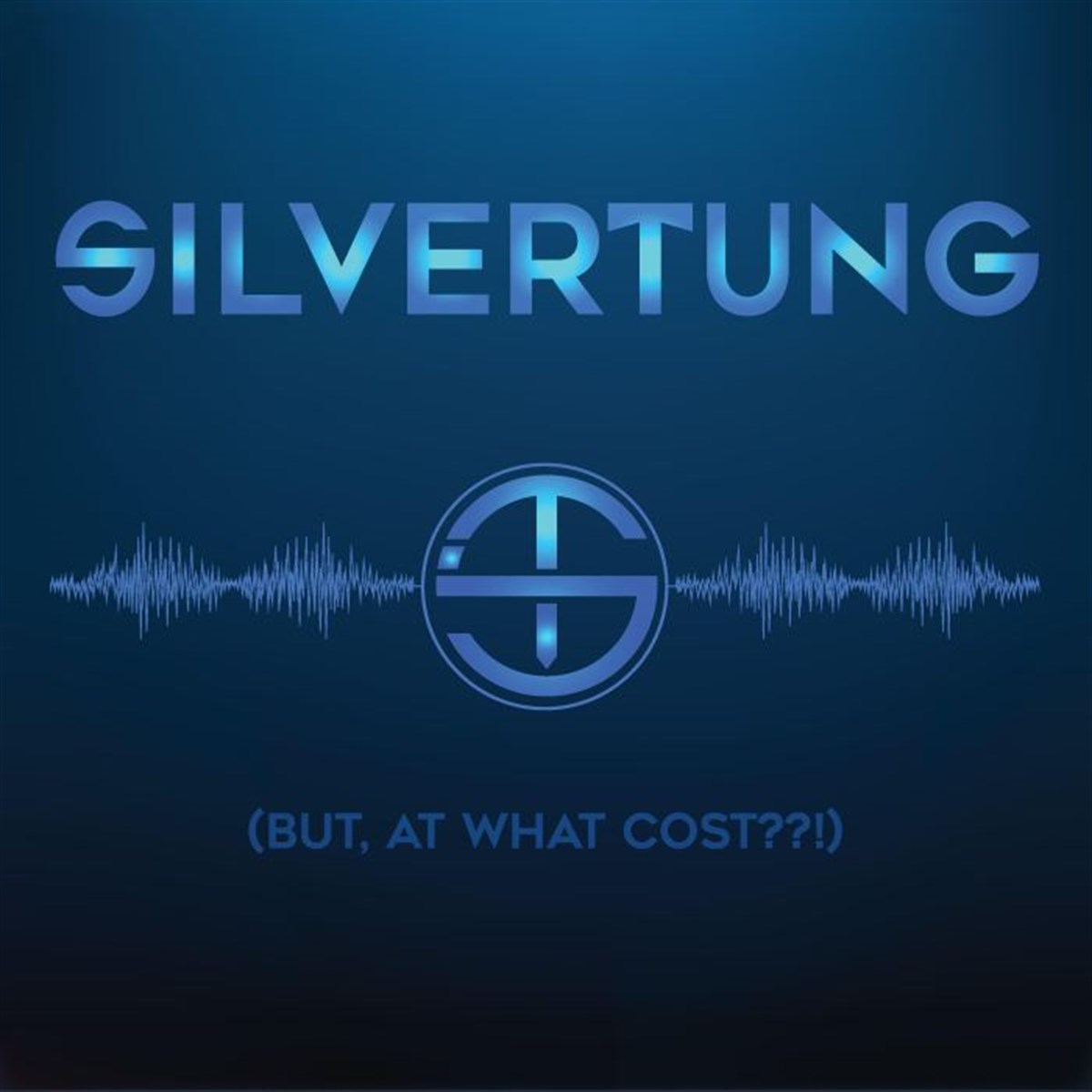 Baltimore's Silvertung deal in a melodic but pummeling brand of modern hard rock with it's roots stretching back to mid-era thrash and late '90s nu-metal, but firmly accessible to rock radio nowadays. Their latest album might actually be an EP- at seven tracks logging in at under 30 minutes, (But , At What Cost??!) could be considered both. The group wisely goes the route that I prefer from bands without an epic/proggy bent; they keep it short and simple, thus reinforcing the interest of people who listen to a lot of music (like me). Your mileage may vary on that philosophy of "less is more", but I appreciate a band that knows how to get in, blow your brains apart and then get the hell out. Now whether Silvertung blows those aforementioned brains apart will probably depend on a few things: you, the music listener, will probably be a fan of metal or at the very least hard rock and also not too fascinated with the more extreme spectrum of metal (black, death, anything ending in -core, etc). You might either be older and pining for the good old days when Godsmack and Stone Sour were new to the scene or maybe a younger music fan just wetting your feet in heavier music or getting swept up in the nu-metal revival of the 21st century. Of course, there will be exceptions to my pigeonholing, as none of those descriptions apply to me but I still find Silvertung to be a fine example of the current New Wave of American Hard Rock (NWOAHR), one worthy of jamming on my home speakers like I currently am and I am deadly certain that they can keep a crowd galvanized with their intensity. But what do the songs sound like, you ask?

Silvertung open with a banger; "Dodging Bullets" is influenced by Pantera, according to the band, and while its definitely a bit of a lighter metal on the periodic table of elements, you can hear the band trying to inject a melodic strain into the hardcore sensibility of the classic Texas thrashers' sound (and it's got a very nice solo). "Feel Inhuman" has a near stoner rock beginning, which is a nice twist for the band to keep things varied before guitarist Codey pulls a nice chuggy semi-thrash riff out of his bag of tricks. "World Gone Mad" has some soaring anthemic vocals that actually don't make me want to gag, a decent Pantera-style breakdown and vocalist Speed does a great job of being gruff, yet melodic with his singing - think mid '90s Megadeth and you will get a good feel. Oh yeah, it has a swell positive message about enduring in a world that is working against you, which is always great for a sing-a-long when you are feeling disconnected from society. "Wise Up" starts with some effect-driven vocals and it's near thrash sound is amplified by Speed's exhortations for the listener to learn some lessons he is preaching. "Black Sunset" has a great mix of melodicism and heaviness and "You're Fine" would make Sevendust proud. Closing track "Done My Best" is the single and it's perfect singalong nu metal, done the oldschool way, with probably the catchiest chorus on the whole record.

Okay, the lyrics are probably meant for younger ears than mine - most of the songs are dealing in universal subject matter that would make me stand up and shout if I had a beer in my hand at a show, but at home I'm just quietly nodding my head along with the tunes. Recognizable lyrics ARE a nice change of pace in metal, though, and I respect any band who wants their audience to actually understand the point they are hammering home. The band has a definite appreciation for old school metal and rock and the guitarist is into a lot of progressive/ jazzy stuff, even though it might not show a ton on this release. What can I say, this isn't what I would normally listen to but I appreciate the anthemic accessibility Silvertung offers. (But at What Cost??!) is released via Thermal Entertainment LLC and produced by Steven Wright (Mars Volta, Slipknot, Rihanna). Check them out if you are a fan of nu metal like Godsmack, Disturbed or Sevendust and you probably won't be disappointed.