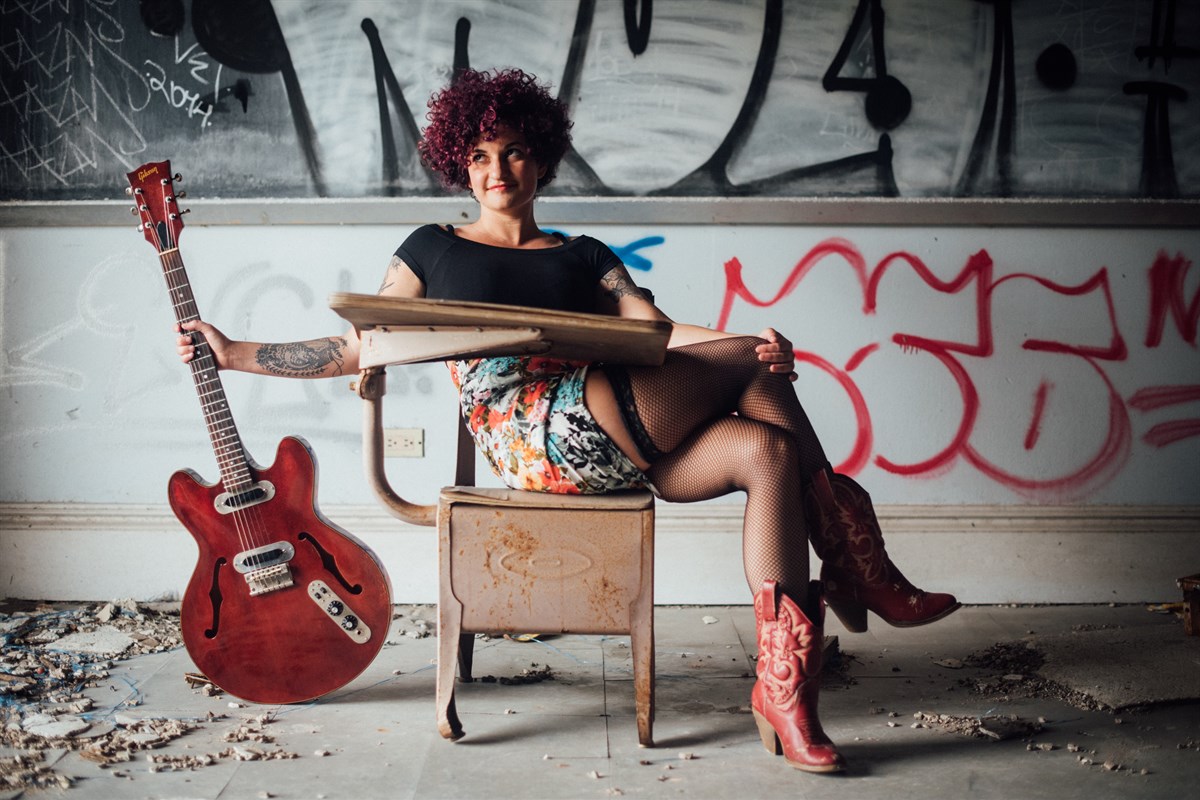 New Orleans conjures different images for everyone. Whether you’ve spent time there or not, odds are you’ve heard tell of the free-flowing libations, the Bourbon Street shenanigans, the colorful street performers – but above all else, there is the music wafting out of every bar, every corner store, from under every street lamp. To call this city ‘the birthplace of jazz’ is true, but lazy. There is so much more to this place musically than initially meets the eye, and much like the music of the city she calls home, Carsie Blanton’s latest album Buck Up cannot easily be holed into one particular genre.

Sure, there are jazz elements here and there (especially on the first track “Twister” which features a stand-up bass and horns), but holistically these ten songs aren’t married together by sound and genre so much as by theme and voice. By my method of classification alone, we embark from jazz swiftly onward to cheerful, groovy pop (“That Boy”) to folk à la Nick Lowe (“American Kid”) to a slightly discordant, saloon-style piano (“Bed”) to heavy-on-the-strings love song (“Harbor”), and that’s only taking us halfway through the album. Each track is an unexpected surprise, all carried along by Blanton’s lovely voice and her witty storytelling.

In particular, “American Kid” stands out in terms of honesty and scope. This track is nostalgic, political, hopeful, and despondent all in one, featuring a strong, clear horn solo over a driving percussive shuffle. The refrain “God help the American kid” is sung sarcastically, or is it sometimes sincere? Either way, this song is reminiscent to me of The Rose of England-era Nick Lowe with its wistful yearning for the simplicities of youth. “Harbor” is another deceptively complex track that shifts time signatures back and forth between 4/4 and 3/4 seamlessly. These time changes create subtle shifts at the end of every chorus and during the bridge, perhaps to mimic the rocking ship in the lyrics (“Ships are safe in harbor, but it ain’t what ships are for”). Blanton is appealing to someone in earnest to return her love in this track and in the following track “Desire.”

Following these two softer, heartfelt pieces, she comes back with a bouncy, upbeat tempo and a super catchy chord progression in “Moustache” – after presenting an array of appealing opportunities for a partner, this tongue-in-cheek number begs the question, “why’d you have to grow that moustache?” Two final tracks round out the album: “Battle,” which is slower, darker than the rest; and “Buck Up,” the title track about a piece of advice from an old hound dog. The latter features a twangy acoustic guitar played by guest Oliver Wood (of Wood Brothers fame), and with the help of his harmonizing, this song becomes a definite throwback to the likes of John Prine and Iris DeMent. It’s a strong, uplifting end to Blanton’s seventh studio piece and it propels us listeners forward in a positive light, whether that propulsion will take us down the Mississippi River any time soon is yet to be seen.

At the very least, the album has transported us to New Orleans for a short while, so we can share in the many splendid facets of the city with Carsie Blanton and Buck Up.