On a Mission by Bloody Times 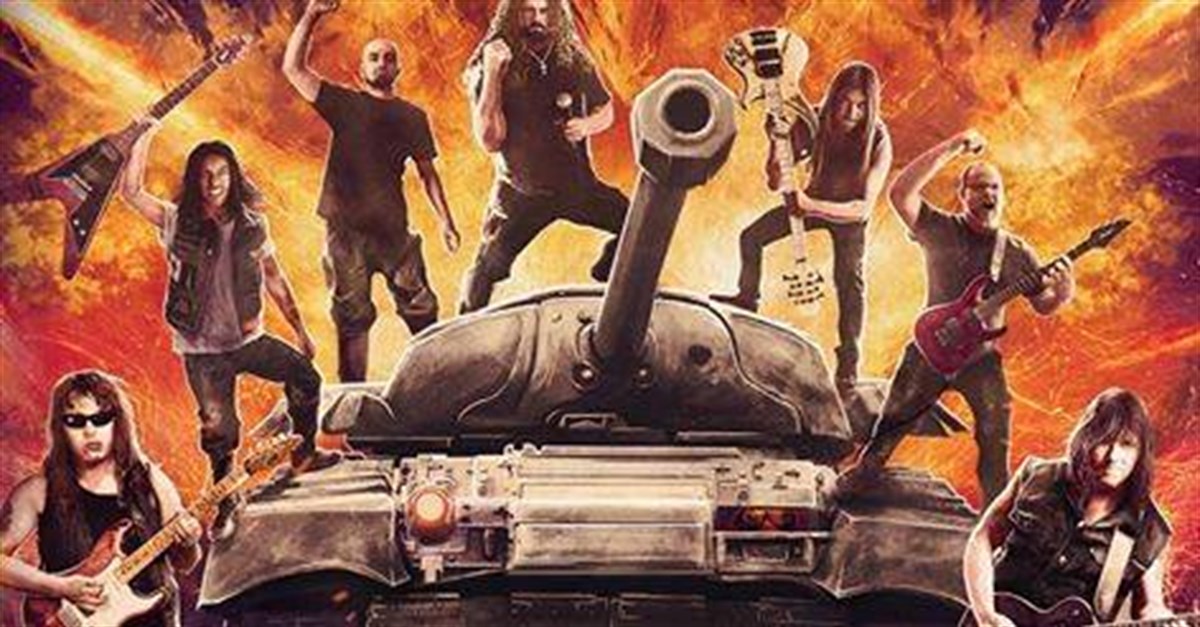 Bloody Times is the brainchild of German metal musician Simon Pfundstein, a bassist and songwriter who has taken the blueprint Dave Grohl gave us in 2004 with his Probot project and ran with it; a group of metal musicians from across the world sharing recorded files and creating awesome end results. "On a Mission" is the second Bloody Times release and is notable for the contributors - Iced Earth alumni John Greely and Raphael Saini handle vocal and drum duties, respectively. Greely might be more known for his current Bible-inspired band Seventh Servant in recent years, and his strong vocals create a true-metal feel that move behind each track. Also in attendance is the legendary Ross the Boss - the Dictators and Manowar guitarist plays guitar on the title track here. As you can expect, the songs have a distinct Iced Earth feel - strong power metal with some thrashy elements. Pfundstein is inspired by classic power metal but throws some modern twists into the mix, and Greely is still attacking vocal chores with his pure Halfordian yell, earnest and old school, even after decades of being a seminal Floridian metal merchant.

Opener "Alliance"  has strains of organ and beautiful acoustic guitars to start us out. The calm before the storm, as it were. This is the song featuring Ross, and the Manowar feel is strong here. At 8+ minutes, it's an epic track, with all the elements you would expect from such a collaboration. "Fort Sumter" starts with distorted bass and is a bit thrasier. Being born in Charleston, South Carolina, I always felt the power of the story behind the rebellion shown in the shots fired from Fort Sumter to start the US Civil War, and it's remarkable that American history resonates in this way with European songwriters. "Die in a Hole" is the first song treatment of the story of the Thailand kids trapped in a cave that I've heard, and I dig its nice solo and wanderings between straight up power metal and thrash. "Curse of Genevieve" has this weird, almost indie-rock riff starting it out. That works to the group's advantage, creating moments that lean outside of the standard metal focus. "Future Secret" has very unexpected keyboards that remind me of '80s pop, followed by near-thrashing ala old school Metla Church. A lot of the music here is as singer Greely says, "Just good metal, pure" and the remaining songs demonstrate a willingness to cater to the fan base that just wants straight up metal, delivered with an utmost of power. "Day of Collapse" is probably my favorite here; this tribute to the fallen of the 9-11 terrorist attacks has a nice heavy bass into and easily contains the catchiest chorus on the album. It took me a couple of spins to get into it; sometimes the lyrics seem basic, but Greely's great melodic vocals create the earworm we need. Once again, I am amazed at Germans being so into American political and social issues.

The true star of this recording might be the mixing, to be honest; to take so many tracks recorded by different artists worldwide and create a coherent release that doesn't seem cobbled together is a real labor of love. Mixmaster Ogrego from England deserves a round of applause as much as any of the great musicians involved. Even if the band doesn't recreate this recording scenario or lineup in the future, they have proven that a strong alliance is within the reach of anyone with talent and the will to create powerful music.

Recommended if you like: Iced Earth, Judas Priest, Jag Panzer