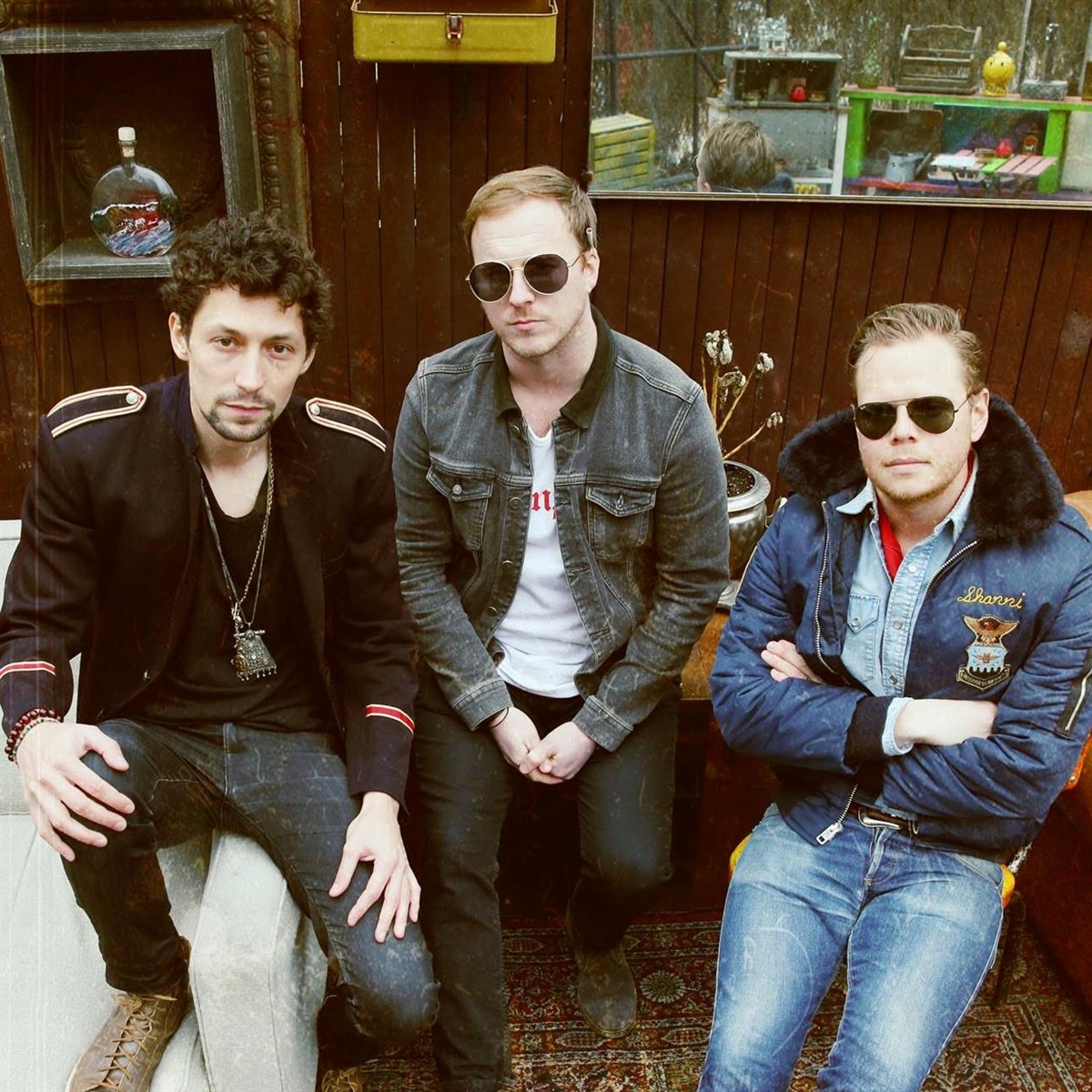 Every once in a  while, you stumble across a band that digs its claws into your subconscious and refuses to let go. Jaguar Dreams is one of those bands. Made up of three musicians currently residing in New York, the roots of this group lay deep in the rain forests of South America. While the group may create under the mantra, "We don't want to sound like anyone, we want to sound like everyone.", Jaguar Dreams is truly unique. This group displays complex, sensual sounds far beyond a band still in its infancy. Formed in 2018, Jaguar Dreams just released their debut EP. They took some time out of their schedule to answer a few questions about coming together, making music, and what the future holds for this Indie Rock group from New York.

1. What's the story behind the name "Jaguar Dreams"?  Jaguar Dreams came about on our travels in South America. We became friendly with a shaman type man, who told us legendary stories about people and jaguars trading consciousness while in the jungle. This phenomenon is known by the locals as a jaguar dream. The notion of trading consciousness with someone or something outside of yourself struck us, as it was a goal of ours when considering whether to create new music, and if so, how.

2.   How did you three come together to start making music?    We truly met on our travels. Before then, we were only acquaintances in a sense. Once we made some primitive ideas for songs, and refined the mission, we came back to our small studio in Brooklyn and recorded. Despite the noisey surroundings - we were next to a gravel yard, we ended up writing, producing, recording, mixing, and mastering our entire collection of music in that small room of a warehouse.

3.   Y'all have a really unique sound that sticks with listeners. Describe your sound for someone who hasn't heard it before.    Our goal when making music or describing our sound is simply this. We don't want to sound like anyone, we want to sound like everyone.

4.    "Just Life" is a synth-heavy single that I have not been able to stop listening to. Can you tell me what the message behind  this song is?    Just Life came about because of different raw states of emotion that we all as humans experience. The simplicity of the song reflects that to us. It's essentially about dealing with the same struggles that we all deal with, and hopefully letting them roll through your life and pass, while moving on to the next thing, whatever that may be.

5.    Y'all covered "Dreams" by Fleetwood Mac and somehow made that song even more 80's in the best way imaginable. Why choose that song to cover and what went into making the video?   It wasn't a conscious decision to cover dreams, it just came about one day. Once Tim started singing the harmonies of the chorus, it just felt so good to us that we felt we needed to see the cover through. We're happy we did, because it's an all time classic song, and the fact that people don't think we fucked it up too badly is a victory in and of itself. We had a unique opportunity to film the video in a beautifully weird museum space called, The Dream Machine. We felt it just made sense.

6.    "Behind Those Clothes" has an obvious sensuality to it, what is the song about?   Behind Those Clothes has a few different meanings. Yes, on the surface it is sexual. And in some situations, we would just leave it at that. The deeper meaning, however, is much more about revealing one's true self. Who is the real person behind all that they portray to the world? It's kind of like The Wizard of Oz in a way.

7.    The first EP just dropped, what did y'all hope to accomplish with such a strong debut?   Well, thank you for considering the debut to be strong! We really just needed to introduce ourselves. Starting a musical endeavor is scary... its very personal, and in addition to that, it's very hard to get your music in the ears of people, which requires a bit of planning and luck. We're just thrilled that people have heard the songs. This band is very special to us, it's the music that we feel like we've been made to create together.

8.     What does the future hold for Jaguar Dreams?   Jaguar Dreams is just beginning. We have a lot more music already recorded, and ton's more that hasn't been recorded. Our goal is to continue to do what feels right to us, without really worrying about much else. This project is 100% only us - we have a very tight circle, and our intuitions have led us to this point, therefore we trust that they'll keep guiding us down our own path.