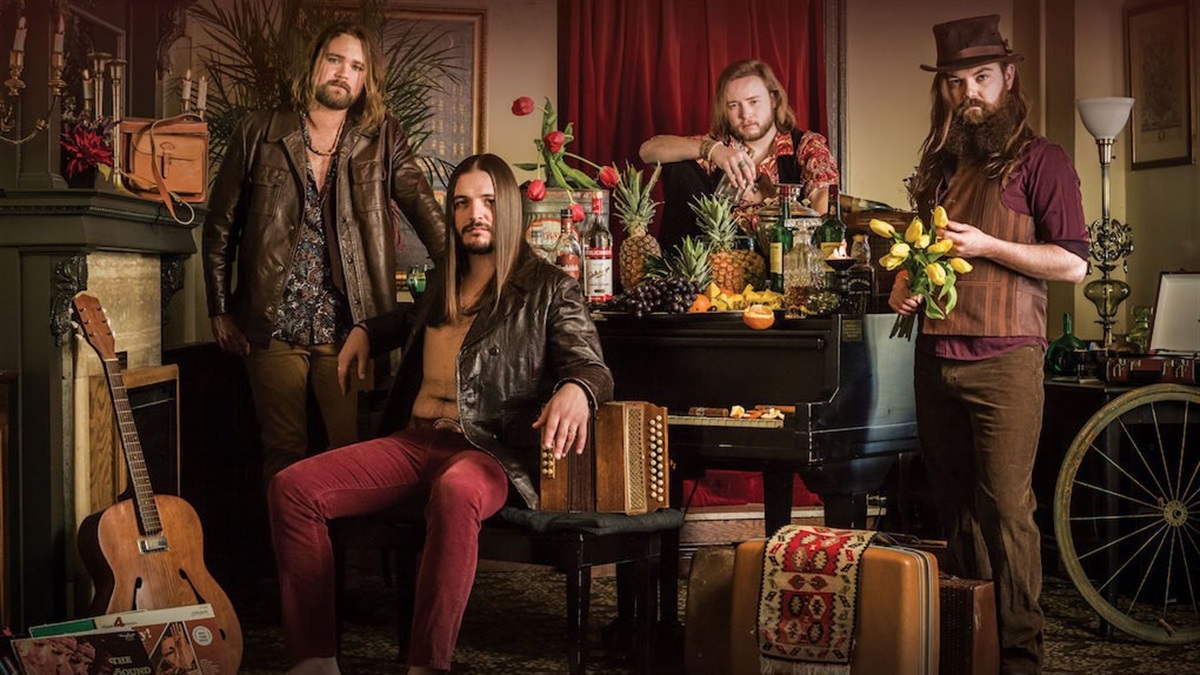 All in their mid-20's and with a collective past of rock and bluegrass anchoring their sound, Port Huron, Michigan's Gasoline Gypsies are making the old seem new again. With a sound that's funky, but not funk and full of guitar jams but not really that of a "jam band", the four piece take a fresh view on some old rock tropes. Singer/ guitarist Caleb Malooley has an old soul croon that reminds me of a young Joe Cocker or even Graham Parker. His playing is spot on, too, along with fellow guitarist Neal Laymon - crisp guitar lines that pay service to the song and melody. Bassist Steve Briere is busy and tasteful while drummer Joe Makowski gives each song the power or finesse it deserves, depending on what the band is striving for. The band's latest release from August 25th, Vagabundos, is a 6 song mini-LP that offers a pretty well-rounded view of the band's progression from more of a country rock band towards a straight up classic rock sound.

Opener "Walking Trouble" has sweet little mini solos and beautiful harmonies while "Come Down to the River" features harmonica and some nice, fast and clean unison guitar lines from the two six-stringers. "One More Taste" feels like Stevie Ray Vaughn updated for the modern era. "Never Gonna Know" is a catchy with great little fast guitar arrangements, while still containing a mellow edge. "Freaks & Nonbelievers" lays out some mean blues riffs and "Robin Redbreast" ends the album with the requisite ballad, complete with strings.

If you think the surprisingly rare concept of original and modern classic rock is a welcome surprise, give these guys a shot. Reminding me of a more radio-ready version of the early '90s blues rockers The Four Horsemen, the band would be a great opener for many southern/ country rock bands like the Black Crowes or Blackberry Smoke, as well. Proving themselves in the Detroit scene for a while now, Gasoline Gypsies are both in with the old and in with the new.