A Conversation with Ash Palmer 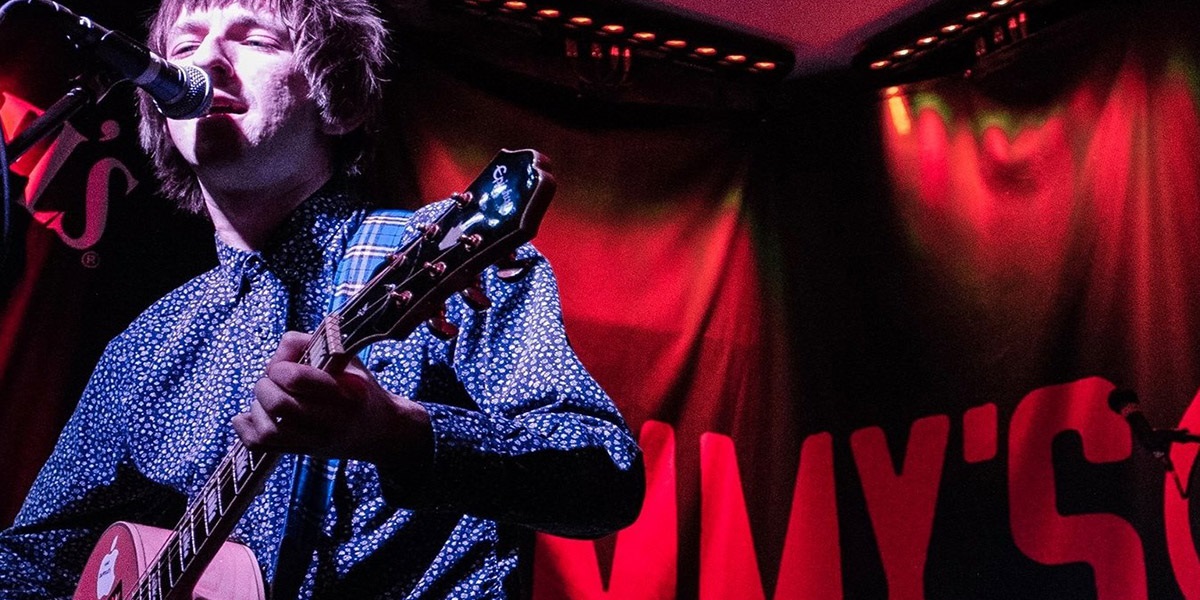 Ash Palmer, an experienced vocalist in several English bands, has gone out on his own with his latest EP "The Only Mod IN Manchester". Palmer, and unapologetic artist, has no problem being compared to bands like Oasis. He embraces the "Manchester style" that many feel has lost its edge over the past several years, and he does so with style.

We had a chance to have a conversation with Ash to discuss his album, his style, and where he wants to go from here.

Regarding your album, what was your inspiration behind the songs?
It was a really spontaneous project, me and Nathan (The Godlike Highs) came up with the idea, recorded the whole thing in one session and within 2 weeks it was released. So if I’m being honest not a lot of thought really went into the choice of songs, it’s just the ones I thought were the best at the time. It’s purely coincidental that the three tracks in the order they’re in kinda tells a story. It’s a nice touch though, I’m pleased it worked out that way.

What studio did you work with when recording this album? Who mastered it?
Me and my mate Nathan from uni recorded it in his flat in Fallowfield. He’s in a band called The Godlike Highs and is good at producing Psychedelic music so we decided to do a collaboration on an acoustic EP to create something a bit different from what I’d previously released. We both had an afternoon free so we got really drunk and recorded this. I think we must’ve spent about 2 hours just sat clapping into a microphone!

How have you found your music developing as you've gone solo?
It’s changed a lot. I feel like the writing is more grown up. But it’ll take a while for that to become apparent in the stuff I release cos the next EP after this is basically all the songs I wrote for my old band A66. It’s very upbeat and loud and kinda captures the excitement of moving to a new city and forming a band and the partying, drinking, drugs etc that surrounds all that. Which is great, but I don’t think it’s really representative of where I’m at in my life right now. The bands gone and my life has had to calm down a bit cos it all became a bit of a mess. And obviously I’m on my own now so it’s a different atmosphere in general. The songs are much more thoughtful and there’s a lot of self reflection. I’m really excited about them and it’s a bit frustrating not being able to release them now, but that’s just the way releasing music seems to work, you’re always a few songs ahead of yourself in terms of writing.

Where would you like to see it go?
That’s a good question. I always wanted to be the big rock n roll frontman of the generation and be a millionaire topping the charts etc. Now I’m not so fussed about that. Do the charts even matter anymore? I honestly couldn’t tell you who’s in the top ten right now, I don’t think many people could! It’s not as big of a deal as it used to be. I’d like to be big enough to make a living from it, and I’d like to be able to regularly play to a few hundred people who are into it and know the words. It would be cool to see it get pressed to vinyl and be in the record shops in the northern quarter.

How has the reception been around the world? Anywhere that surprises you?
It got playlisted by a radio station in Germany which was bizarre. I’m looking into doing more promotion abroad cos Europe and Japan in particular seem to be more responsive to this kind of music than Britain or America. I guess people here are just bored of it.

You are unapologetic with your approach to music and those critiquing your style. Have you settled into the music scene more comfortably in 2018?
Nah, not really. It would be a bit boring if I did wouldn’t it? People seem to have this massive issue with anything related to Oasis or the whole Britpop/ Madchester scene for some reason. But I love all that stuff, and I’m not gonna stop writing the music I love and do something I’m less interested in just because it’s not what’s "cool" anymore or because some people don’t like it. People like to say that whole thing is dead, but both Gallaghers have had number one albums in the past year and sold out huge shows all summer so somebody must still be into it. People also slag me off for saying I think the stuff I release is brilliant. Well if I didn’t think it was exceptionally good I wouldn’t release it! People don’t realise how obsessive i am with my music...I’ve easily written over 150 songs in the past 3 years and I’ve released less than 10 of them! It’s not about being arrogant or thinking I’m something special, it’s just being confident that I’ve only released the absolute best of my work. And If I think something’s good then I’ll say I think it’s good, if you don’t like your work then how are you supposed to convince anybody else it’s worth listening to? But people don’t like that attitude these days, they seem to want you to kind of apologise for being there and win them over by making them feel sorry for you or whatever...I guess that’s how it works on X factor isn’t it! And I suppose this means I’ll always struggle to be comfortable in the music scene, but the credibility as an artist is much more important to me than fame, money or "fitting in".