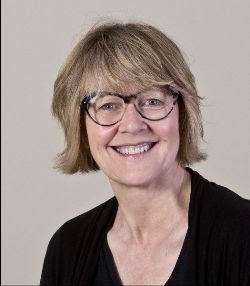 The Earl Scruggs Music Festival announces today that Claire Armbruster will take over as Artistic Director from Steve Johnson. Steve helped create the inaugural festival along with Earl Scruggs family member JT Scruggs and the team at the Earl Scruggs Music Center in Shelby, NC. Though COVID forced the festival to postpone to 2021, the response for this first festival honoring the great American legend Earl Scruggs has been an outpouring of support from bluegrass fans and artists, many of whom have been featured on the festival’s social media pages via interviews and performances over the past few months. With Steve Johnson leaving to focus on returning to his career in nursing in Asheville, North Carolina, Claire Armbruster has agreed to become the new Artistic Director for the Earl Scruggs Music Festival, focused on building up the festival to the 2021 festival dates of September 3-4.


"Working with Earl Scruggs Music Festival is a tremendous honor for me,” Armbruster says. “With the support of the Earl Scruggs Center, Isothermal Community College/WNCW, and Tryon International Equestrian Center we will keep Earl Scruggs' legacy alive and well in western North Carolina and beyond. There are so many opportunities to expand our understanding of Scruggs by sharing his history through the different styles of music that he loved, educational workshops, and celebrations throughout the festival weekend. A great team has put considerable thought into this inaugural year, and together we will bring forth an amazing weekend next September."